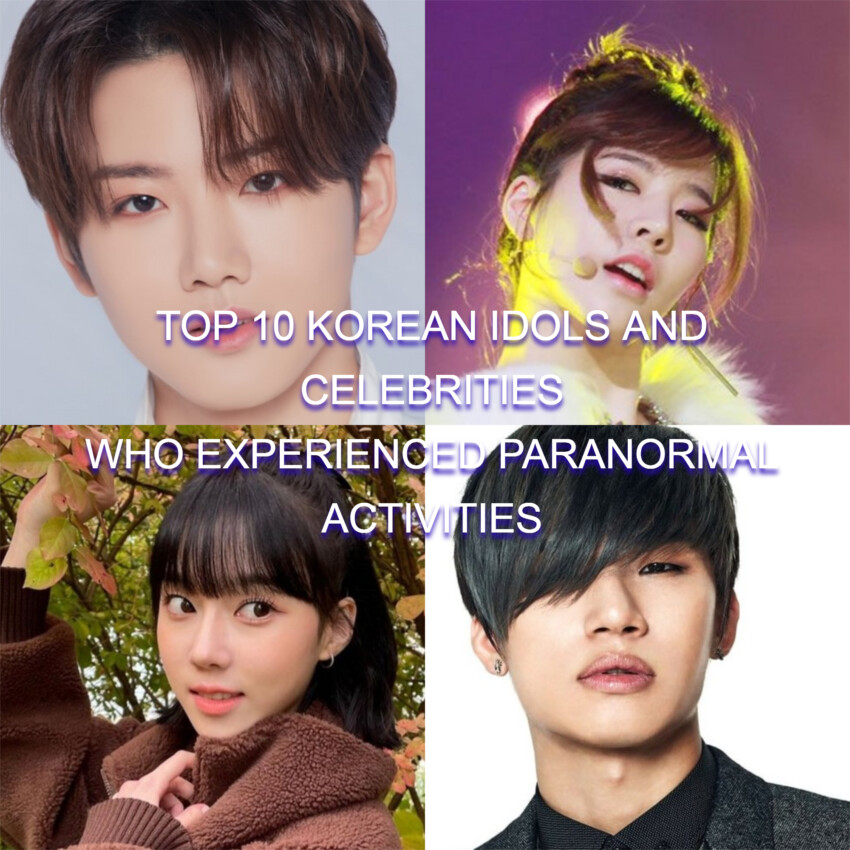 Who doesn’t enjoy hearing ghosts and paranormal stories? Watching and listening to paranormal stories fills our hearts with thrill and fear of the unknown. Spirits are like true love, which everyone talks about and few have seen. Here we list the Top 10 idols and celebrities who have experienced paranormal activities. 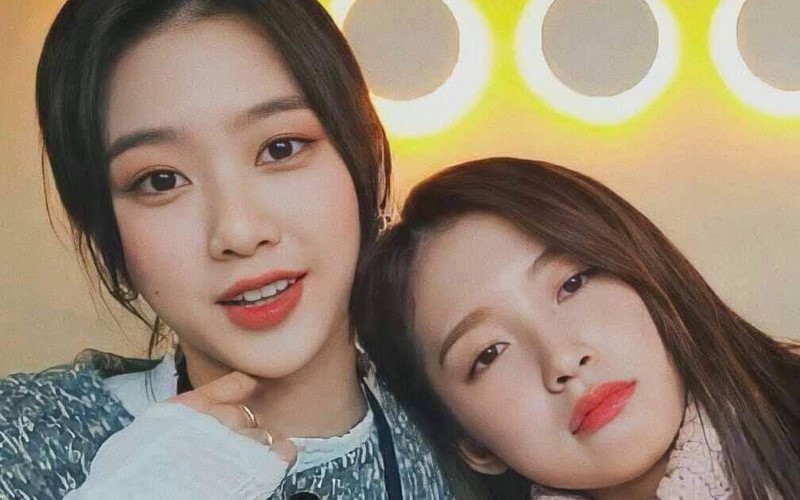 On June 20th, 2016, Jiho and Arin from Oh My Girl did a V-live in the middle of the night. It was only the two of them in the room. They were casually talking about ghost stories. And then things began taking a bizarre turn. Viewers started commenting that the camera was shaking. Jiho and Arin saw the comments but took them lightly. After some minutes, things started falling on their own. Arin was guessing that something was off. Suddenly the camera fell, which shook both of them. They continued the V-live. Towards the end, the blinds of the window closed automatically. Jiho and Arin started fearing and ended the V-live.

Sunny from SNSD, during an interview, shared her paranormal experience. She said that one night, she felt dizzy and woke up. There she caught a horrifying scene. She saw that a female was at the end of the bed and was shaking the bed. Sunny was scared and prayed to avoid that scene of horror. Later, when she told these to Yuri and another member, she became even more nervous. The other member informed Yuri and Sunny that Sunny was sitting on Yuri’s bed, with all her hair down. But Sunny was showering and came from the bathroom, which shocked the other member as she had just seen Sunny in Yuri’s room. It gets even scarier when Yuri confirms that she was alone in her room. 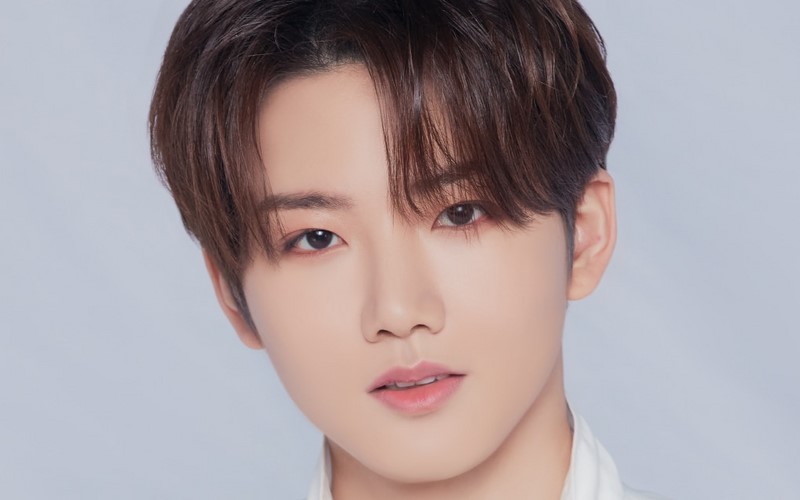 In one of the episodes of Treasure Map, a strange scene caught up all the fan’s attention. Junkyu was finding hidden items in the practice room and the basement. He was performing his task in front of a large mirror, but his reflection was not visible, while all others equipment’s reflections were visible. People thought this was a mistake by the editor or a camera glitch. In a different scene, Junkyu was bending down, but now, his reflection was evident in the mirror. 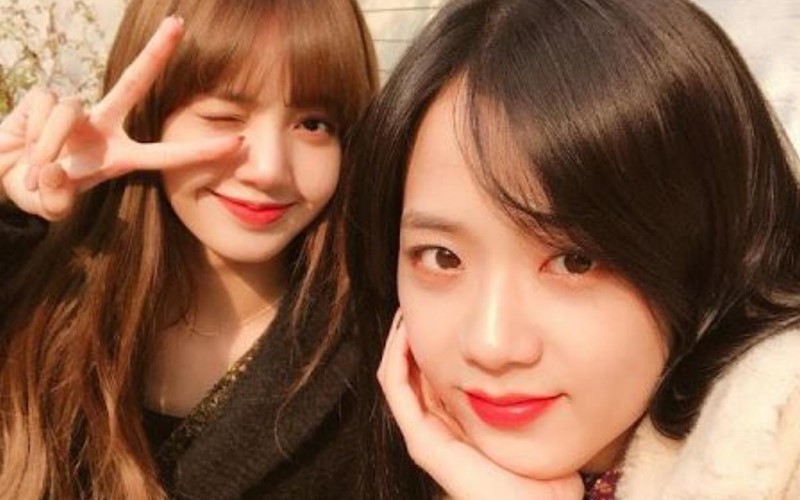 Lisa and Jisoo of Blackpink shared their terrifying experiences from their dorm and practice room. Once, Lisa was tired and came to her room and collapsed on the bed. Suddenly she heard a bang sound coming from the wardrobe, but she could not see it as she was sleeping paralyzed. She added that she heard someone laughing at her near her ears. Jisoo was practicing in front of a mirror. And the mirror reflections showed a pale hand coming out of the wardrobe. She quickly ran out of the room.

5. Seventeen and the Female Ghost 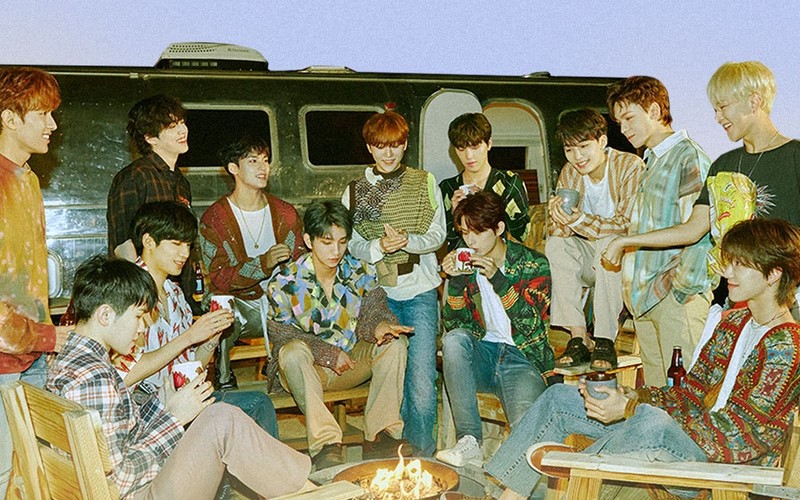 Going Seventeen (a variety show of the Seventeen) filmed an episode in abandoned buildings. The staff and the crew had set up three male spirits to make the episode exciting. The Seventeen members had to avoid the murderers and the spirits who would chase them. Wonwoo said he confronted four ghosts instead of three. The8 and Hoshi also claimed that they saw a female ghost. Hoshi even welcomed someone, but there was no footage of that “someone” in the camera. He later said that he greeted a girl sitting in the cabinet. 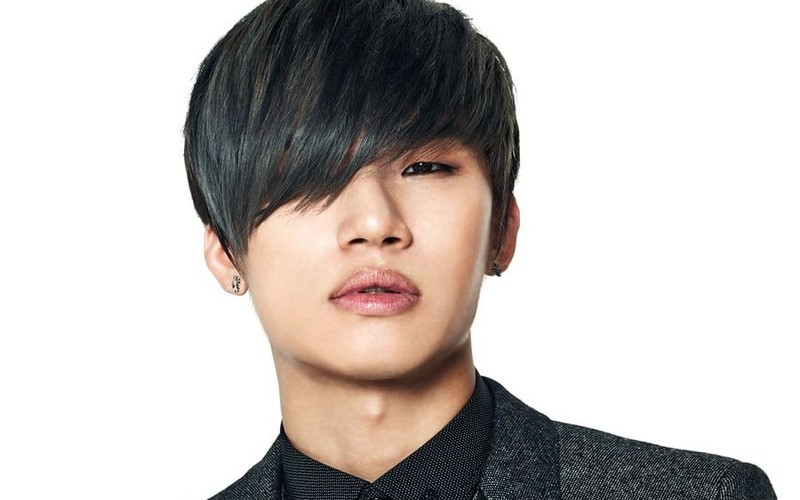 In one old video, Daesung came into the frame all frightened, as if he had seen a ghost. The members asked him jokingly whether he had seen a ghost just now. But Daesung’s answer made everyone silent. He replied positively and said he saw Changkyum, the sound director. But others informed him that he left the set four hours ago. Hearing this made Daesung clench his heart in horror. 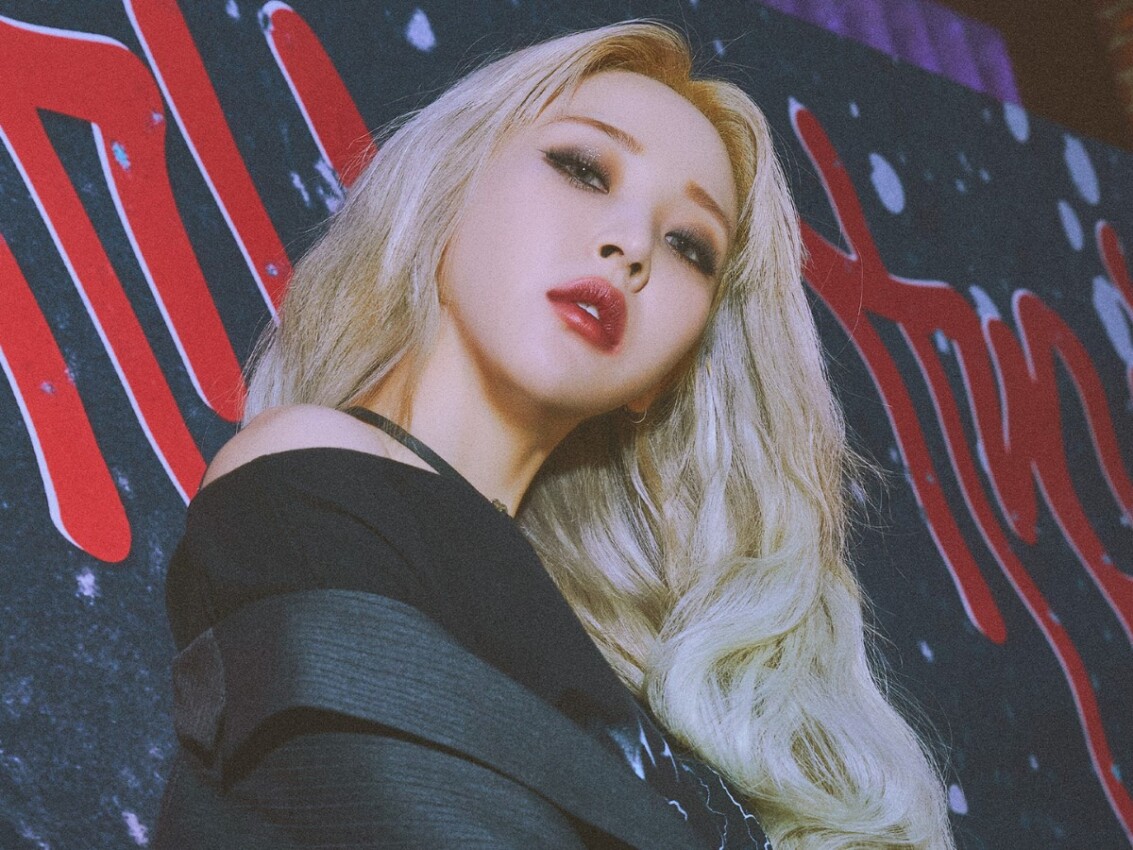 Moonbyul shared an extraordinary yet horrifying experience. She said she was lying on the top of the bunk bed when she felt someone come from the bottom bed and search her drawer. She exclaimed, watching Hwasa eating a candy. After a while, Hwasa appeared from the bottom bed and started banging on Moonbyul’s bed. Later, when Moonbyul asked Hwasa about this, she was utterly shocked to hear her answer. Hwasa said that she was not there as she was in her hometown.

8. Ghost held a mirror for JinYoung of B1A4 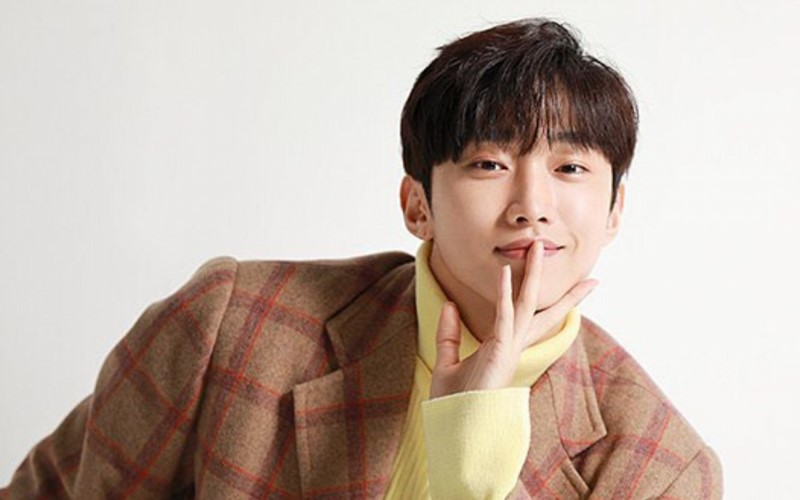 On the show Knowing Brothers, JinYoung shared one of his uncanny experiences. He said that he came tired from the early rehearsal. Therefore, he went to take a nap in the waiting room. Suddenly, he felt his body had gone stiff, and he could not move. It happened five times in a row. But the last time was scariest for him. He added that he saw a spirit holding a mirror and showed his reflection. JinYoung said that the spirits wanted him to see himself in pain.

9. AESPA’s Winter and the Singing Ghost 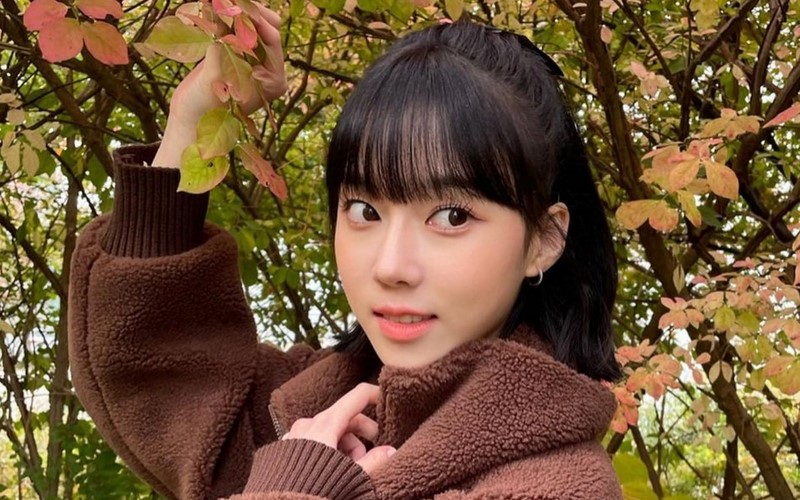 Winter of the band AESPA told her bizarre experience in an interview. She said that she was in a vocal practice room with Karina. They were playing some songs. Winter played a song that was less popular and started humming to it. To her surprise, she heard Karina humming the same theme. So she praised Karina for knowing the unpopular music. But, Karina replied that she didn’t see the music and that she was not singing it. The terrifying thing is that Winter was still hearing someone singing the song near her. 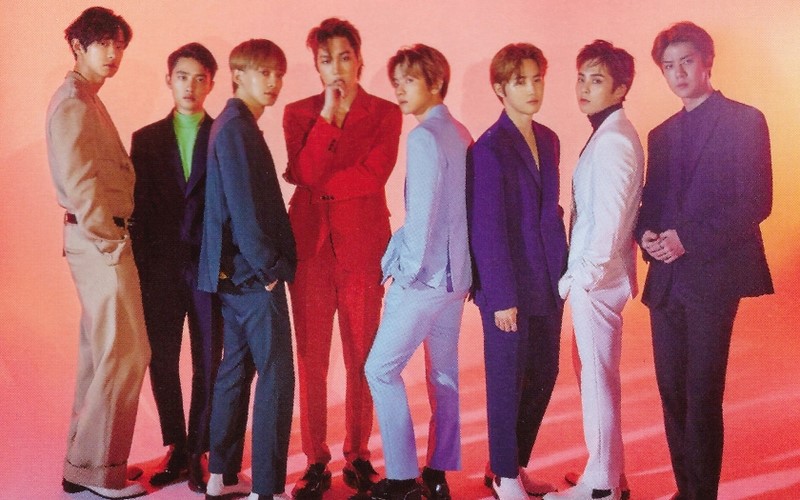 EXO members shared that a female sound comes only on their MAMA Music Video. But they never recorded with any female singer.   The female is saying “thank you, everyone” in the music video. While sharing this experience, the band members had goosebumps.