Also Knowns As: The Executioner And Her Way Of Life 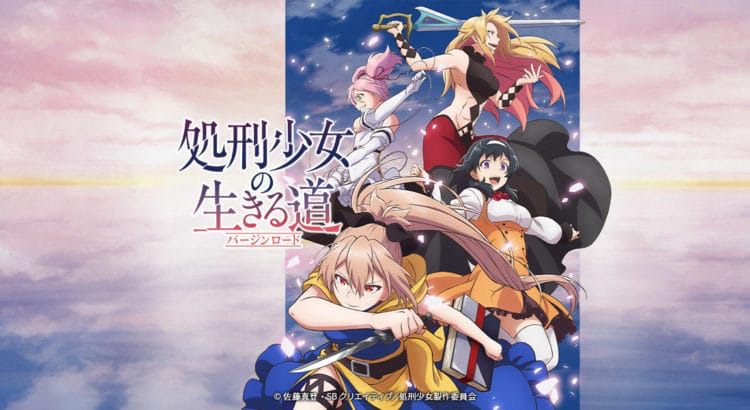 Mutou Mitsuki, a regular student, was unexpectedly transported to another realm. He was apparently called this world’s King because of a “special concept” that he is said to possess that is regarded as noteworthy. However, it turns out that he does not have it, and he is expelled. While he is distraught about it, he meets Menou, a priestess who informs him that Japanese individuals like him are known as “Lost Ones’ ‘ and that there is a church that assists them in integrating into society. But then again, Menou’s mission is the polar opposite because of the damage the Lost Ones caused to her world.

Isekai is a popular genre in Japanese writing, but it is also fraught with bias due to its generic nature. The show’s most pleasant aspect is the characters. The design vividly reflects the fantasy and mystical genres. Despite the inclusion of modern elements, the programme is not unpleasant. Menou’s past was revealed, providing viewers with an explanation for why she is the way she is and why she commits such atrocities.

Despite the popularity of the isekai genre, several viewers found it to fall short of their expectations. Despite the excellent visual style and design, the narrative was weak and uninteresting. The notion of rationalising the execution of innocent individuals also did not sit well with the majority of viewers. Many people were looking forward to it because of the isekai genre, but it seems like it was more of a bait and many lost interest after two episodes.

The major narrative is centred around the annihilation of the Lost Ones due to the damage they inflicted on the inhabitants of this kingdom in the past. Even if the ones who were captured were completely innocent, they were considered a threat. The ensemble of characters is what keeps people interested in this novel. The audience is immediately drawn in by the background. Despite her kind nature, Menou will not hesitate to murder violently as part of her profession. Momo appears to be a lovely child at first glance, but she has depth to her personality. Akari appears to be an immortal who is truly the genuine deal, and she ends up being the series’ major protagonist.

Iori Saeki, who plays the role of Menou also known by the stage name NU-KO, is a Japanese singer and voice actress affiliated with Swallow. She began voice acting activities in 2018.

Kahara Moe who plays the role of Akari Toketou is an actress, known for How a Realist Hero Rebuilt the Kingdom, The Executioner and Her Way of Life, and The Duke of Death and His Maid.

It is recommended for those who are seeking for a unique take on the isekai genre.

The Demon Girl Next