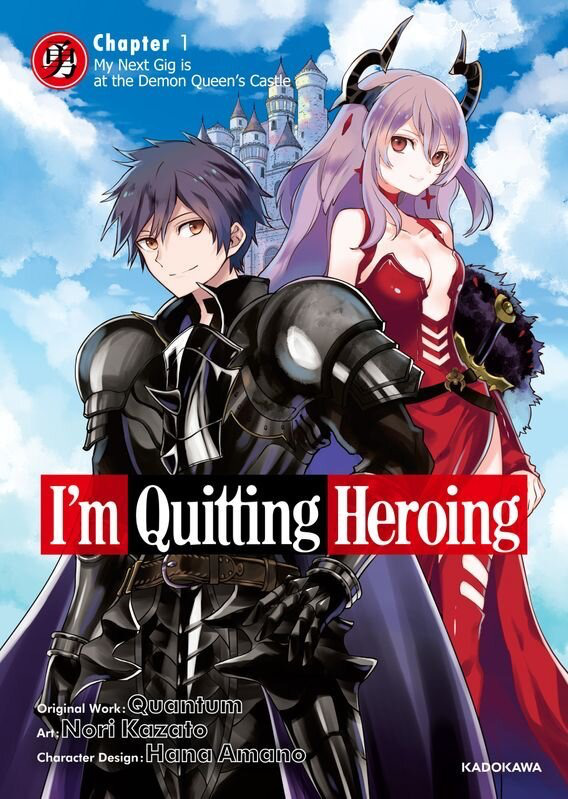 Leo Demonheart was the most powerful hero humanity had. During the Middle Ages, the Demon Queen Echidna and her armies, who hail from the Demon World, launch an attack on the human realm. People look to Leo for protection, and he defeats her, rescuing humanity. Instead of thanking Leo for his bravery and goodness in rescuing the world, they treated him with contempt and hatred, fearing he would become the next demon king. So, now that Leo has been exiled from his homeland, he travels to Echidna, who is in the process of rebuilding her army. He chooses to assist her in determining her genuine intentions before launching war.

Despite the cliché aspects, the characters are entertaining to watch. Their encounters have a mixture of humor and drama. In terms of the two worlds and the individuals, the novel contains some intriguing components. It’ll be fascinating to watch how Leo interacts with Echidna’s army, which he personally annihilated, as well as his motivations for assisting them and the decisions he must make as the narrative unfolds. Despite their enmity, Echidna tries to get along with Leo because they now have the same purpose.

Though the concept was intriguing, the narrative was executed in a monotonous and predictable manner. The conversations might have been improved as well. The main protagonist similarly boasts about his abilities whilst hardly displaying them. The plot’s problems seemed minor, and all he seemed to be doing was assisting the demon army in becoming more efficient.

Leo mostly assists the demon army in becoming more efficient as a result of their defeat, which left them with too much labor, money problems, and other issues. While he is prepared to work with them today, he is more curious as to why Echidna began the battle against humans in the first place. Echidna and Leo are also on the lookout for the Philosopher’s Stone, which may provide them with endless power, and there are two of them. Echidna resolves to make peace with humanity and joins the quest for the stones and the guide to use with Leo and her army because there are two.

Kensho Ono – Leo Demonheart is a Japanese actor and singer. His most well-known characters are Tetsuya Kuroko, the titular protagonist in the anime series Kuroko’s Basketball and Giorno Giovanna in JoJo’s Bizarre Adventure.

Kaede Hondo is a Japanese voice actress affiliated with IM Enterprise. She took leading roles for each series, including Kamisama Minarai: Himitsu no Cocotama as Kokoro Yotsuba and Interviews with Monster Girls.

The anime has its own unique twists and levels of character and narrative development.