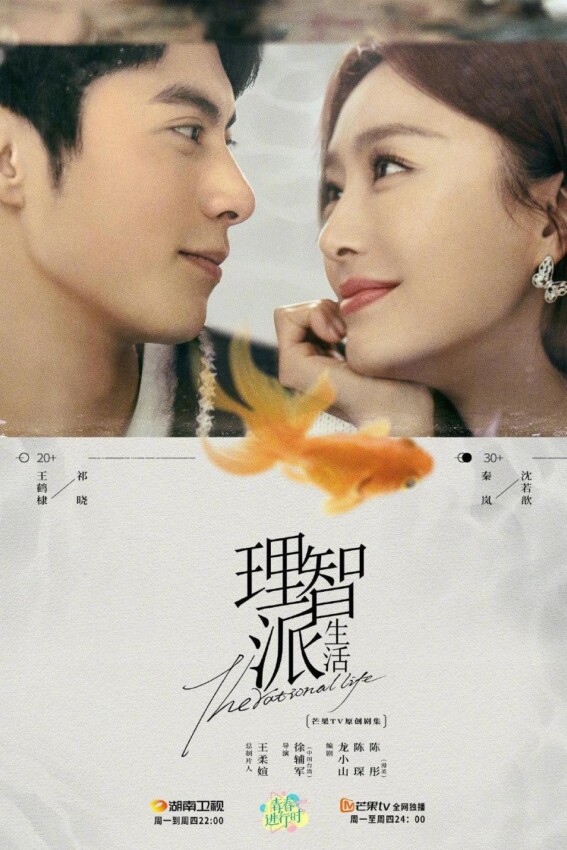 The Rational Life (2021) is a drama that revolves around a 30-something career woman known as Shen Ruo Xin. It showcases her daily life as she deals with issues in her personal and professional life and finds herself involved in a love triangle with two men at her workplace. She ultimately falls in love and gets together with Qi Xiao, her young assistant. The Rational Life: The Proposal Battle is a three-episode sequel to the series where Shen Ruo Xin and Qi Xiao both prepare to propose to each other on Qi Xiao’s birthday, each oblivious to the plan of the other. Their friends Ziyan, Zou Cheng, Sijia, and Su Yang, find themselves stuck in the middle as the couple prepares to surprise each other.

The series is an exciting sequel to The Rational Life. The plot presents everything that the events of the original drama have brought about. We see the protagonist and her love interest in a happy relationship, and their adorable romance is a treat to watch. The eponymous “proposal battle” makes for a plot that is both funny and romantic, with great performances from both the main cast and supporting cast. The drama is a must-watch for fans of The Rational Life who want to discover more of their favorite characters’ lives beyond the original storyline.

The fact that the drama is a sequel limits its target audience. Only viewers who have completely watched the original series and are familiar with its characters and plot can enjoy it. Therefore, casual viewers will be confused and disinterested in the story if they watch it in seclusion without catching up on The Rational Life.

The drama presents a unique and fascinating plot of two lovers who plan to surprise each other with a proposal. Their antics in preparation for the surprise are both funny and cute. The subtle combination of romance and comedy elevates the series from the typical romance drama. The cast is very charming, and their chemistry lends a magical touch to the romantic relationships and friendships in the show. The series crafts itself into a perfect sequel that helps fans see more of their favorite characters from The Rational Life.

In the lead roles, Qin Lan and Dylan Wang dazzle viewers with their acting prowess and enthralling chemistry. Although they have a considerable age gap, their romance captivates the heart like no other and keeps the audience cheering for them. The supporting cast is also commendable in their roles, adding to the main actors’ strengths and contributing a lot to the appeal of the series as a whole. Every actor perfectly executes the script and makes their character come alive on screen.

If you are a fan of The Rational Life, this sequel will not disappoint you. It continues the plot from the original series satisfyingly, allowing us to understand more about the characters we have grown to love and showing us more of their stories. The light and fluffy romance are heart-warming, and the storyline is the perfect lead-up to the conclusion of the original series. The main couple is a treat to watch, and their “proposal battle” is equally endearing and comical.