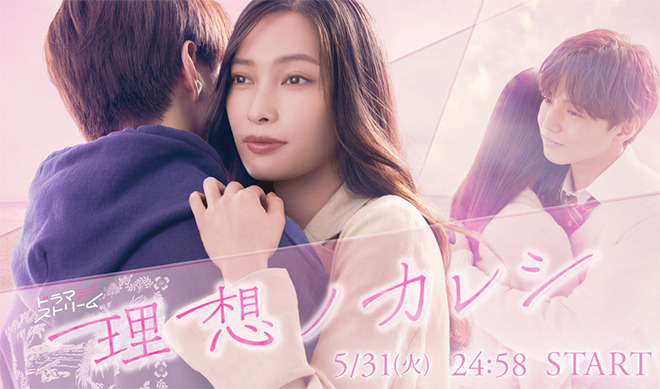 Risou No Kareshi is a Japanese mini-drama aired on TBS TV from June 2022 to July 2022. The alternate title of the drama is Ideal Boyfriend. The plotline of the drama tells the story of Onodera Yumeko, who is a competent career woman working as an employee in a venture company. She leads a rather sloppy personal life. She anticipates a marriage proposal from her boyfriend but gets shocked when instead of getting proposed, she gets dumped by her boyfriend.  While heartbroken from her sudden breakup, Onodera Yumeko’s life turns upside down when she meets a man who resembles her first love.

The storyline is very engaging and will surely cater to the audience who are into the romance genre. The drama’s music is good, and the background scores go well with the scenes. The actors did a pretty good job in portraying their roles as assigned.

At some point in the drama, the plot gets a little messy.

Risou No Kareshi revolves around the female lead character, Onodera Yumeko, who still thinks about her first love as her ideal type. She is portrayed as a character who is clumsy in love and lives carelessly though she is a diligent professional. She gets betrayed by her junior at work while being dumped by her boyfriend. Nothing seems to go smoothly for Yumeko. Her life goes on a rollercoaster journey when she meets a mysterious man who shares an uncanny resemblance to her first love.

Overall, Risou No Kareshi is a decent drama with good acting and storyline. Being a mini-drama, you can give it a watch if you are running short on time. Moreover, the soundtrack of this drama is the cherry on top.