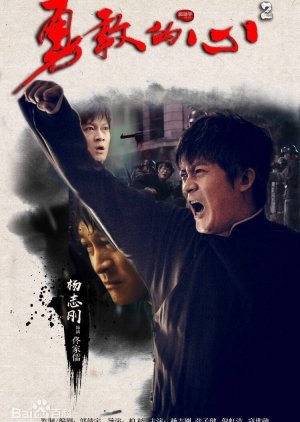 The story starts with Tong Jia Ru, a teacher of the Chinese language teaching in a classroom. Initially, Tong Jia Ru was an ordinary man indifferent to violence and war. His student, Ouyang Zhende, is an anti-Japanese patriot. When Tong Jia Ru was teaching in the class, he objectified him. He believed that the students in the classroom should serve the motherland with enthusiasm and drive the Japanese out of China instead of studying Chinese in class. Soon all the students were seen marching in the streets. Being an ordinary man indifferent to such protest, he tried his best to stop the kids. All went in vain. Soon we witness a different personality aspect of Tong Jia Ru when he skillfully handled the Japanese skies with his wisdom and escaped his death. He also killed the four murderers who participated in the killing of Gardenia, his wife, and the mother of his son, Hope. A story that makes you believe that sometimes weapons are not the only things you need to win a war. Your wisdom can also make you win the hardest of the hardest wars. Sometimes your weakness can become your greatest strength. Watch the drama to see how it unfolds itself.

The show is a mixed package of suspense and thrill and is exciting to watch. The best part of the show is the personality twist of Tong Jia Ru, the main lead. It serves as the main USP of the show. Scene by scene, the show leaves you in a jaw-dropping state with its twists and turns. The dialogue by Tong Jia Ru towards the end, “when dealing with invaders, the Chinese have a brave heart,” has a separate fanbase.

Despite the story having a strong storyboard, characters, and dialogues, the drama disappoints us with its pace. The show is much faster than expected. It might force you to replay the entire scene to understand it. The dark theme might also disturb viewers who are not into watching such dull themes.

The drama is mainly about the greatness of wisdom in times of war. It interestingly showcases an ordinary teacher changing into something he might not have imagined to save his life.

The actors are the star power of the show. Yang Zhi Gang as Tong Jia Ru was perfect for his role. He undoubtedly won our hearts with his performance by portraying every emotion perfectly. Zhang Zi Jian as Ouyang Zhende showed his versatility in acting as well. Other characters have also given fantastic performances. They all lived their parts in the movie. They portrayed every emotion very carefully and precisely perfectly.

The drama is a powerhouse thrill and suspense with a good mixer of emotions and drama. The fans will enjoy the show. For those people who want to watch this type of content, it’s a must-watch.

Kill You Love You