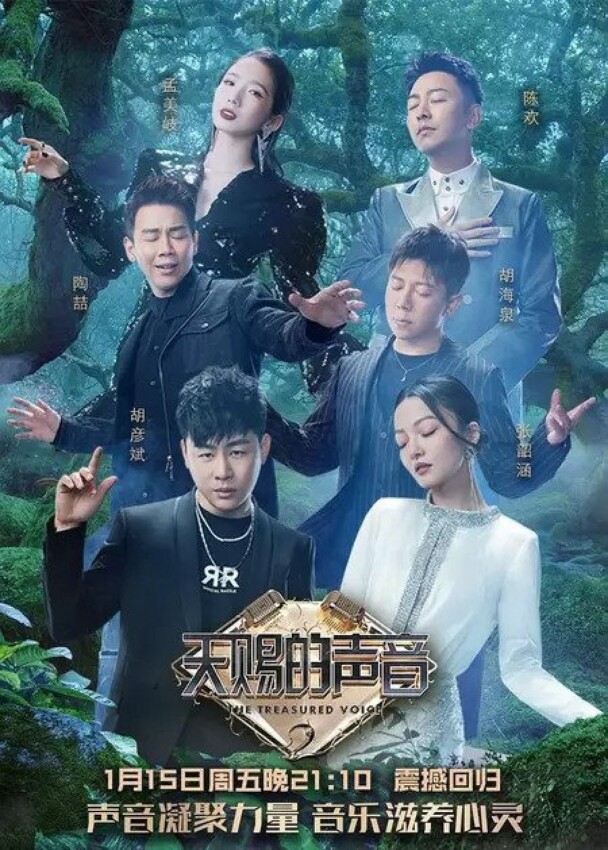 A showcase of talent and some of the best voices in the music industry is back for its second season. This time around, the talent is undeniable and the performances are out of this world. The Treasured Voice is a show that gives a platform to a wide range of musical talents where our hosts seek to find their most compatible singers and the ones who can express their love for music in the best way. With added audience interactions and some big names, you can be sure to have a feast for your eyes and your ears. With a wide range of special guests, our six hosts; Sara Liu, Cannon Hu, Tiger Hu, Angela Chang, Meng Mei Qi, and Shang Wen Jie, showcase some of the best singers out there and these singers give us performances like no other. What will they have to offer? What do these performances look like? Watch as these singers and their mentors give us music and performances as we’ve never seen before. There’s nothing better than the treasured voice.

For the two seasons that this show has been on the air, the judges have still maintained their likeability and charm. This helps the audience relate to them more and keeps them watching every episode. The judges feel less like judges and more like mentors that want to see their contestants thrive and be better musicians. The show also has a great premise of expressing a love for music rather than using music as a tool for them to get further in a competition. This allows contestants to truly do what they are passionate about and express their musical stylings in the best ways possible, unlike other competition shows that require contestants to fit into a different mold each week. Perhaps, the best part of this competition as a whole is the sheer talent and performances in each episode. Each episode is filled to the brim with amazing performances that are just amazing to watch and leaves its audience in awe.

The format of the show is quite unclear. Like most Asian singing competitions, the premise shifts from show to show and there isn’t a fixed outlook on how the competition will play out. It does get confusing for first-time viewers to understand what kind of show it is. Is it a competition? Is it a variety show? Or is it a pseudo-concert? Aside from the format, the only other problem with the show is the episode runtime which is an hour and forty minutes which is as good as a feature-length film. There are a lot of contestants to look at so that length seems justified but you do lose focus after a while when you watch this show.

This show does give a great look at music and since the focus is mainly on love for the music we get some great performances and a show unlike any other. It is a great example of how when you center a show around passion rather than winning a prize, you can truly see the contestants shine in what they do best.

This show is a fresh take on the musical competition and it is definitely worth the watch. The only hurdle when watching this show is its runtime.

I Can See Your Voice

Can We Love Again 3