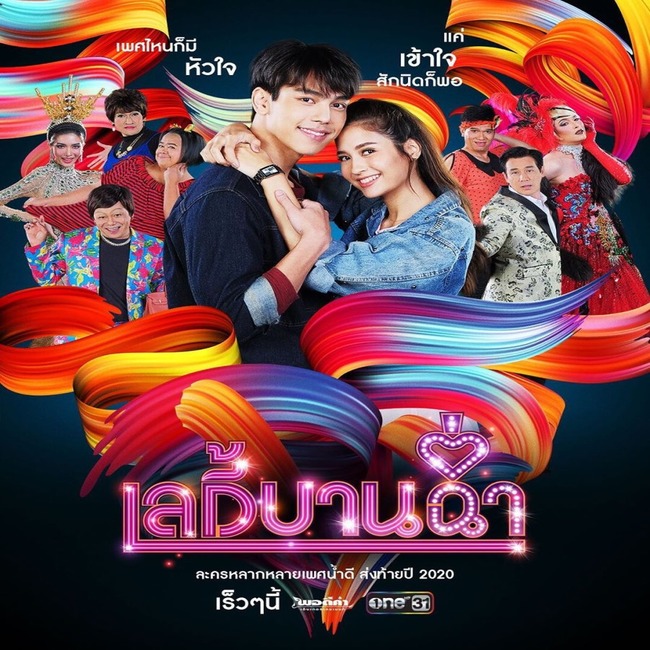 Lady Bancham is a Thai show. The plot of the show is pretty simple. The female lead Aom is a kind girl who wishes to marry a good man and settle down. She’s also friends with a notorious gang of transgenders who swear to help her achieve her dream. but on the wedding day, the groom runs away with her dowry and the photographer’s camera. This ensures chaos, comedy, and the start of a unique love story.

There are many feel-good parts in the show as Lady Bancham has a funny and unpredictable plot. Some of the best parts of the show are the interactions among the gang members. The romantic development between the leads was also beautifully written. It also shows a small glimpse of the daily life of transgenders and allows the viewers to understand the world through their eyes.

The biggest disappointing factor of the show was probably the little inconsistencies throughout the show. It didn’t disrupt the flow of the show but it felt all over the place sometimes. The show had its ups and downs, the low production quality being one of the lows. Sometimes a lot was going on in the show losing its focus.

Lady Bancham is a Thai TV series. It has quite an interesting yet simple plot. Aom, the female lead is a humble and kind girl whose only wish is to marry a good man and settle down. She’s also friends with a notorious gang of transgenders who swear to help her achieve her dream. The gang is full unique of characters with vibrant personalities. Aom meets a guy and decides to marry him. But on the day of the wedding, the guy betrays everyone and runs away with her dowry money and the photographer, Top’s camera. Top is the male lead in the show whose only way to make a living was his camera. He’s a kind-hearted guy who’s broken when his camera is stolen. All of this results in a crazy manhunt for the runaway groom. The show is a crazy ride of emotions. There’s too much happening at the same time. there were silly girl fights, family drama, crazy ex-drama, and everything in between. But the chemistry between the leads and their romantic development made the show interesting. The show also shows a small glimpse of the daily life of transgenders and allows the viewers to understand the world through their eyes.

The star power of the show is the male and female lead actors. They were the life of the entire show. They were cute and hilarious at every moment. Most of the cast delivered a great performance. The chemistry between the leads was beautiful and came out looking natural.

Overall, the show has a very interesting plot with a great cast. The chemistry between the cast was a like cherry on top of the cake. The show has its comedic moments and its seriousness. It is not something great but it’s a very engaging show for when you want to watch something simple.

Start Up The Engine