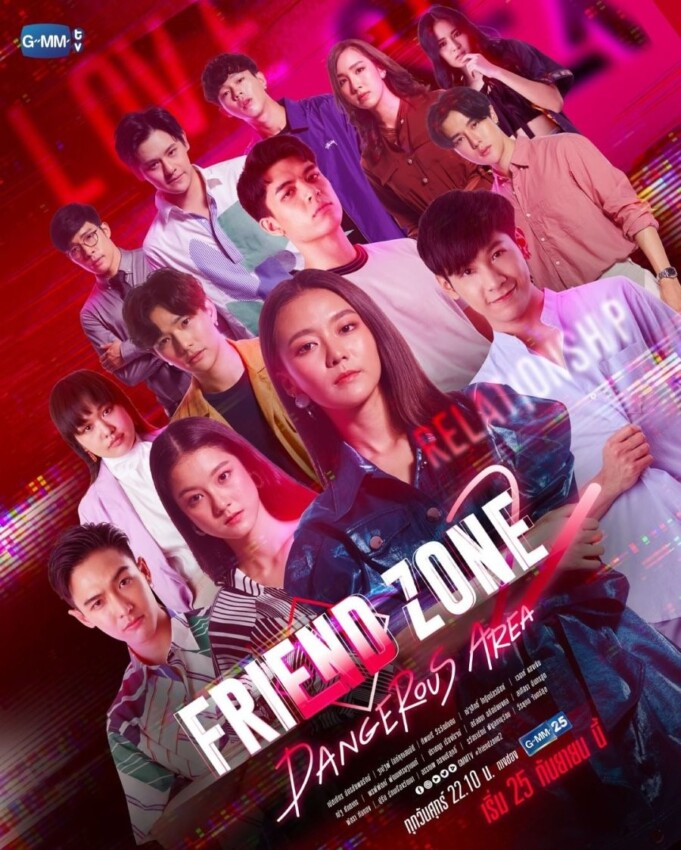 Boyo decided to date Good, yet he still treats her as a friend after a year. Boom has moved in with Tor and having problems adjusting to a new woman in Tor’s life since he became a famous musician. After the drama of Sam sleeping with Stud and the return of Sam’s ex, Earth is seeking for himself after abandoning his job and attempting to manage an unpredictable love life. It is just the beginning. Watch to witness how life takes them!

The show has a good amount of drama that will keep you invested in the show. They also tried to bring out many current world issues about oneself, friendship, and relationships.

The drama shows so much toxicity throughout, even though there were a lot of changes in the character. It might be a little disheartening to watch.

This drama is a sequel to Friend Zone. So maybe watching Friend Zone would help you give a better idea of the characters and plot of this sequel. Season 1 focused on four couples, each with its tale, depth of love, length of the relationship, and set of difficulties. This season follows the consequences of the Season 1 finale’s decisions. This drama tried to bring various viewpoints on being in a relationship in this current generation. The plots are more elaborate, the new characters are complex and flawed, and the older characters have evolved and improved. The drama covered a wide range of relevant themes while avoiding cliches. They also touched upon mental health and self-love. It was also never afraid to display ethically questionable behavior without being judged. There was a good representation of the LGBTQ+ in the drama. The show’s ending was not like giving everything that all characters wanted, but it was sweet and satisfying closure for each character.

All the cast are very close, and you can feel their chemistry through the show. All did a great job and made the show extra enjoyable.

If you enjoy drama and love, this show is for you!

From Today Engine On