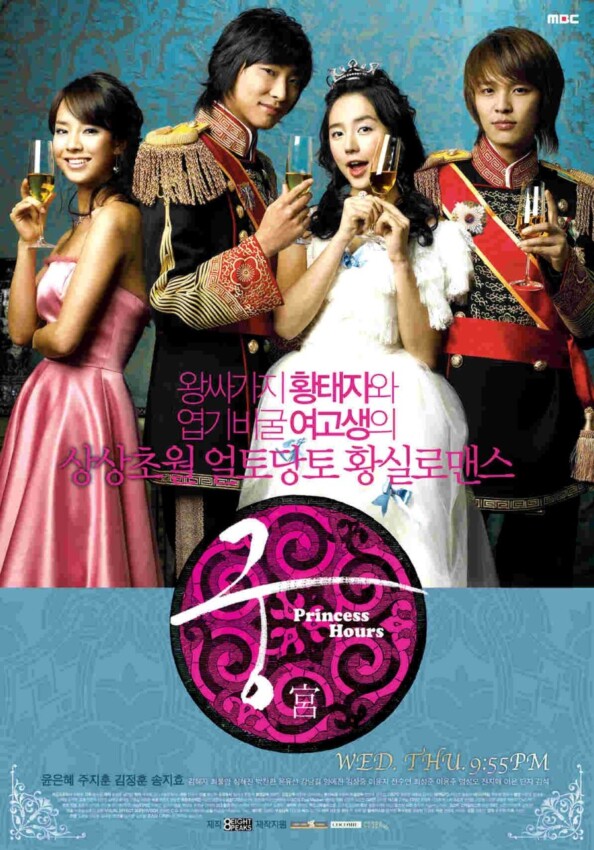 Goong is about a teenage love story set against the backdrop of tradition, politics, and conspiracy. Modern-day Korea is a constitutional monarchy in the fictional universe, and the Royal Family resides in the Goong, a grand palace. The story begins with the unexpected death of the reigning monarch. The Royalty’s decreasing popularity among the general public was becoming a concerning subject. After discussion, it is decided that a spectacular wedding for the Crown Prince, Lee Shin, would be the grandest publicity move to repair the Royalty’s image while also preparing Shin for immediate succession. Who is the bride-to-be? Shin Chae Kyung, is a stubborn, awkward, and sweet-spirited young lady who happens to attend the same exclusive art school. Her grandfather and Shin’s grandfather betrothed Chae Kyung to become the next Crown Princess.

Shin’s cousin and the previous Crown Prince of the country, Lee Yul arrives out of nowhere after 14 years of living with his mother in England. Everything looked routine until Chae Kyung’s positive attitude won Yul’s heart, who was internally lonely. As Crown Prince Shin and the simple-minded Chae Kyung’s romance appears to deepen, a series of controversies emerge shortly after the official marriage announcement of the couple.  Will love triumph in the face of political demands and military adversity? Or will the pressure of being in the public eye be too much for the young newlyweds to bear?

“Goong” is one of those K-dramas that any newcomer to the genre will fall head over heels for. It contains a plethora of big K-drama cliches that are both fascinating and keep you on your toes. With Lee Yul, there’s also a lovely love triangle (Kim Jeong Hoon). The  set design and costumes are impressive because the drama has both historical and modern influence. If you were to watch it today, you would undoubtedly appreciate it!

Chae Kyung is lonely and depressed, and the royal family and its regulations do not fit him. Lee Yool (Kim Jung Hoon), Lee Shin’s cousin, lends a sympathetic ear to her plight. He, on the other hand, begins to fall for her and does not attempt to conceal his feelings. Hyo Rin, on the other hand, recognizes her error in rejecting Lee Shin and returns to Korea, preceding the scholarship she gets an award to study abroad. She is now determined to bring him back into her life at whatever cost.

This series is a well-balanced mixture of both humor and drama. The commoner is beautifully enacted by Yun Eun Hye, an unrestrained performer who brings the role to life.  The chemistry between the main leads is very natural. Their love grows so naturally as they face difficulties together. The male lead’s acting brought the gentle and kind prince to the screen in a very professional way. This drama survives through the tests of time and is still worth watching.

The show is interesting, however, it can be a little slow. Despite the fact that the promising and poor weights are equal, the audience will lean toward the positive parts since they will enjoy the show’s pleasant moments.