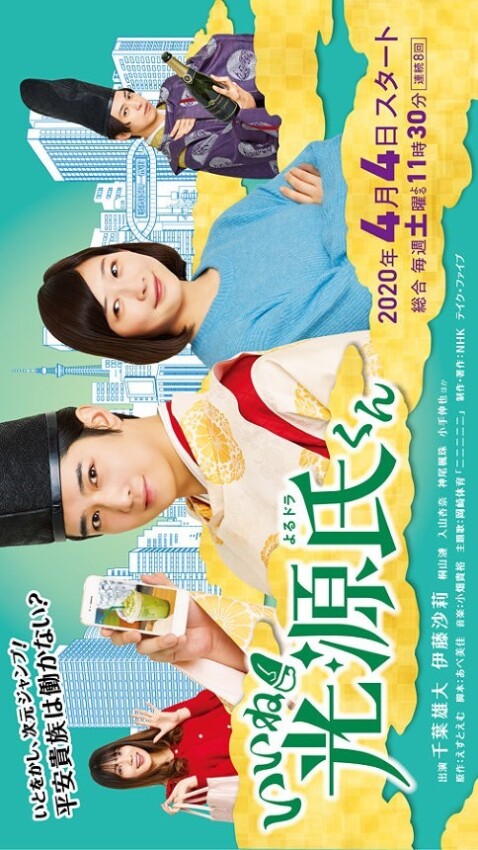 Saori Fujiwara comes back home from work on one weekend. She opens a bamboo blind and burns incense that she purchased from Bali, and takes a nap, in the relaxed setting, but suddenly a man dressed in an ancient outfit from the Heian period appears all of a sudden in front of her. Saori thinks he is a suspicious man and calls the police, but when the police come, they find them quarreling and think it is a “lovers” quarrel. Saori feels he is a “cosplayer” and gives him the name “Genji,” hearing that he has a reason for having no place to return to She decides to help him by putting up with him for the time being. However, her younger sister Shiori found them living together. What is the reason for “Genji” that he cannot return to his time? How will Saori help him by living together? Watch the drama to know how it proceeds further.

The show is a pleasant drama with fantasy elements mixed with comedy, and the romance is subtle. The relationship between the characters were established as friends and family, and the characters was very adorable. The story gives a delight to the audience as it is very light-hearted.

The pace was a bit slow for the length of the drama, and thus, the story was relatively underdeveloped. However, the ending, with the conclusion of the mystery about the time travel, was very rushed without adequately explaining the end.

The story revolves around the fantasy, and time travel factor and shows some bittersweet moments between the characters. Hikaru is a man out of his world as he time travels, and in the meantime, Saori helps him in his time of need. Before the story goes further and Saori helps Hikaru with his problems, Hikaru’s rival in Murasaki Shikibu’s The Tale of Genji, Tou no Chujou, also shows up. Find out how they react when the enemies come out of nowhere in the drama from Hikaru’s world?

Lead actress Ito Sairi (Fujiwara Saori), and actor Chiba Yudai (Hikaru Genji) played their role very effortlessly and they played their comedy and the romance part as well very significant. Chiba Yudai Playing the whole character of an ancient time person with the costume as well throughout the episodes was very impressive. Even the supporting characters of the Saori sister, played by Iriyama Anna (Fujiwara Shiori) and Kiriyama Renn (Chujo), were very suitable for the role.

The story is very entertaining for light-hearted fantasy comedy-drama with a slight hint of romance, and it is not a lengthy drama fun to watch for one-time entertainment.

A year without a job

A Romance Of The Lit