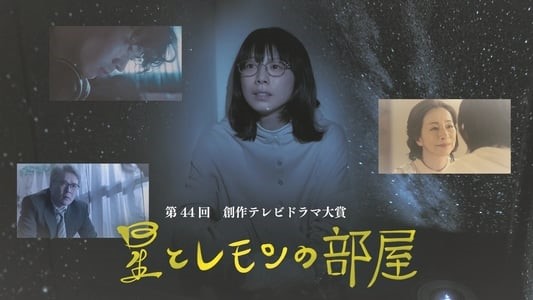 Hikikomori is a word in Japanese for a state of withdrawal from social contact. It can also be used for the people associated with it. Seemingly inspired by a real event, this is the story of Ichiko, who has shut the outside world for eighteen years.

Ichiko was severely bullied in her school years. The trauma has left her incapable of speaking to anyone directly. She usually speaks to her mother from the other side of her door, with whom she has a strained relationship. Her mother, Hatsumi, has hopes that her daughter would gradually come out of her slump one day and interact with society.

Ichiko also has an online friend called Ryo. Like her, he was also bullied to the point of trauma in school, which has also made him a hikikomori. It is through him that she can know about the outside world. She has a planetarium at home, which allows her to gaze at the stars.

However, one day, Hatsumi collapses. It is revealed that she was suffering from a chronic disease. This shakes Ichiko to the core, who realizes that she would have to interact with the outer world to call for help for her mother. Unfortunately, the anxiety gets the better of Ichiko. By the time she comes out of her room, her mother was no more.

Ryo hears about the tragedy. However, he is eerily calm about it. He instructs Ichiko to instead remove the body to the bathroom and stuff soft tissue into the mouth and nose. It seems like he has a secret of his own.

There is no feel-good factor in this story. In fact, it strives to disturb the audience and force them to look at their morality from the eyes of the two individuals in the story. Mental issues have always been a controversial subject in every society. However, in Japan, they are very much stigmatized. This film is an example of the cognitive mismanagement faced by the mentally ill.

Through the eyes of Ichiko and Ryo, we are pushed to embark upon the clammy path of mental illness and how much it can affect an individual’s morality and way of behaving, especially in a collectivist society like Japan. In many ways, this movie is extremely sad.

More than anything, the film pushes us to reflect upon how we are taking care of the mentally fragile in our society. Hikikomori has been on the rise in Japan for a long time. This is because, instead of trying to understand the underlying cause, they are very often criticized for their lifestyle, or called parasites. This discourages them to seek proper help even more.

And if they do seek help, their illness is often exploited for money. Japan has the highest number of mental hospitals that are owned by private hospitals. Not so coincidentally, it also has the most time spent staying there. I’ll let it up to you to know the implications and its effects on the people

The film makes very few mistakes. It can meander towards a preachy tone or misguidedly blame people like Ichiko for their circumstances. However, it immediately rights itself and is overall a good watch.

Kaho and Miyazawa Hiyo creep under your skin as Ichiko and Ryo. Their performance is so mesmerizing as two very messed up people that at one point, you feel like you can relate to the characters. Harada Mieko and Tanaka Tetsushi, as Ichiko’s mother and Ryo’s father, really make you feel for their circumstances.

This story is a must-watch for people who like to get their sense of morality shaken to the core. The cinematography is perfect, thanks to Fukui Mitsuhiro’s skillful direction. It packs a real thinking punch, which makes it even better.

Hold on, My Lady