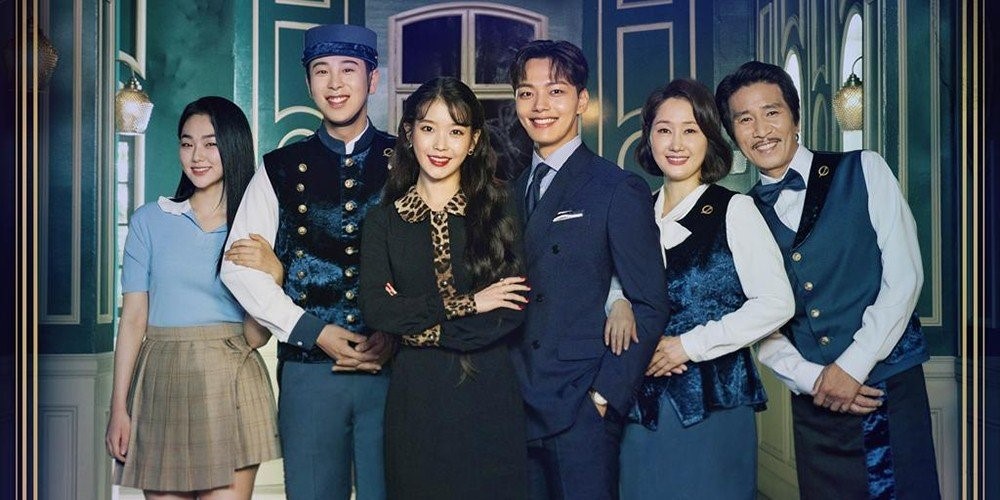 Kim shin (GongYoo), a brave military general from the Goryeo dynasty, is framed as a traitor and killed by the young king. Years after his death, the god cursed him to stay immortal forever. The only way to end his immortality is by goblin’s Bride. She has to pull his sword; it will end his painful immortality. He becomes an immortal goblin, helping people with his power. Ji-Eun-Tak (Kim-Go-Eun) is a school student who lost her parents because of a tragic accident that happened in her life. She is the goblin’s Bride. Goblin’s nephew, Yoo Deok Hwa (Yook Sung Jae), leases the goblin’s house to a Grim Reaper (Lee Dong Wook), and he also ends up with the same end as the goblin. Ji Eun Tak works as a part-timer in Sunny’s (Yoo in Na) chicken store. At last, the four came to know they have deep-rooted unfold relations. 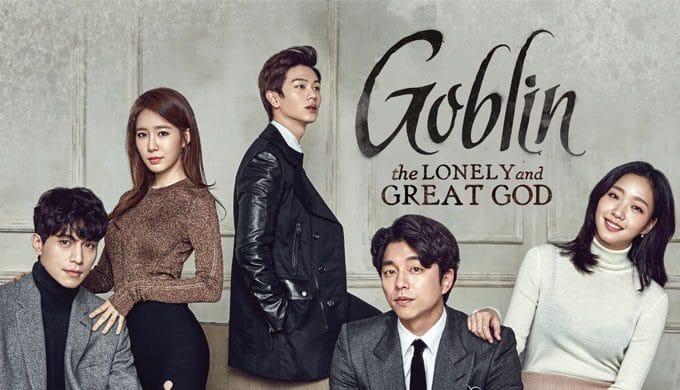 2. MY LOVE FROM THE STAR

This drama is also known as “you came from the stars.”Doo min Joon (Kim So Hyun) is an alien who landed on earth in 1609 during the Joseon dynasty. He saves a girl named SeoYi-hwa from falling on the mountain cliff and misses his return trip to his home planet. So, he stayed on earth for the next four centuries. He has a near-human appearance. He never ages and is forced to take a new identity every ten years. He played the role of a doctor, an astronomer, and a lawyer. He worked as a college professor at last. Cheon Song Yi (Jun JI Hyun) is a renowned actress who has been so well-known since childhood. Lee hee Kyung (Park Hae Jin) was her friend from childhood. Love blooms between doo Min Joon and Cheon Song Yi; he leads his life with her half from earth and space. During a solar eclipse, a 25-year-old 21st-century woman, Go Ha Jin (Lee Ji Eun), is taken back to the Goryeo dynasty of late 941. Her soul switched in the body of Hae Soo. She develops her feelings for the eighth prince Kang Ha Neul, but she accidentally falls in love with the third prince was called a “wolf dog” (Lee Joon Gi) during the reign of king Taejo. 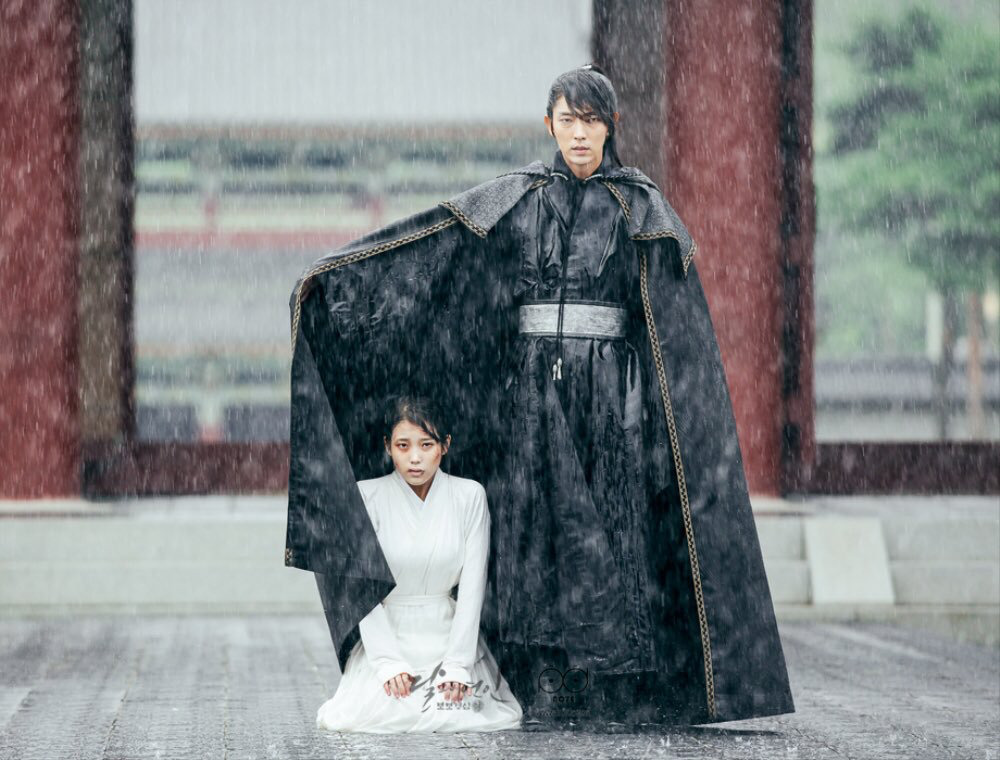 This drama is also known as Hey ghost, let’s fight. Kim Hyun Ji (Kim So Hyun) is a high school girl who became a wandering spirit because of a tragic accident. Park Bong Pal (Oh Taecyeon), an exorcist college boy, can see and hear ghosts. The two become ghost-fighting partners and save themselves from the evil spirit that tried to kill them. 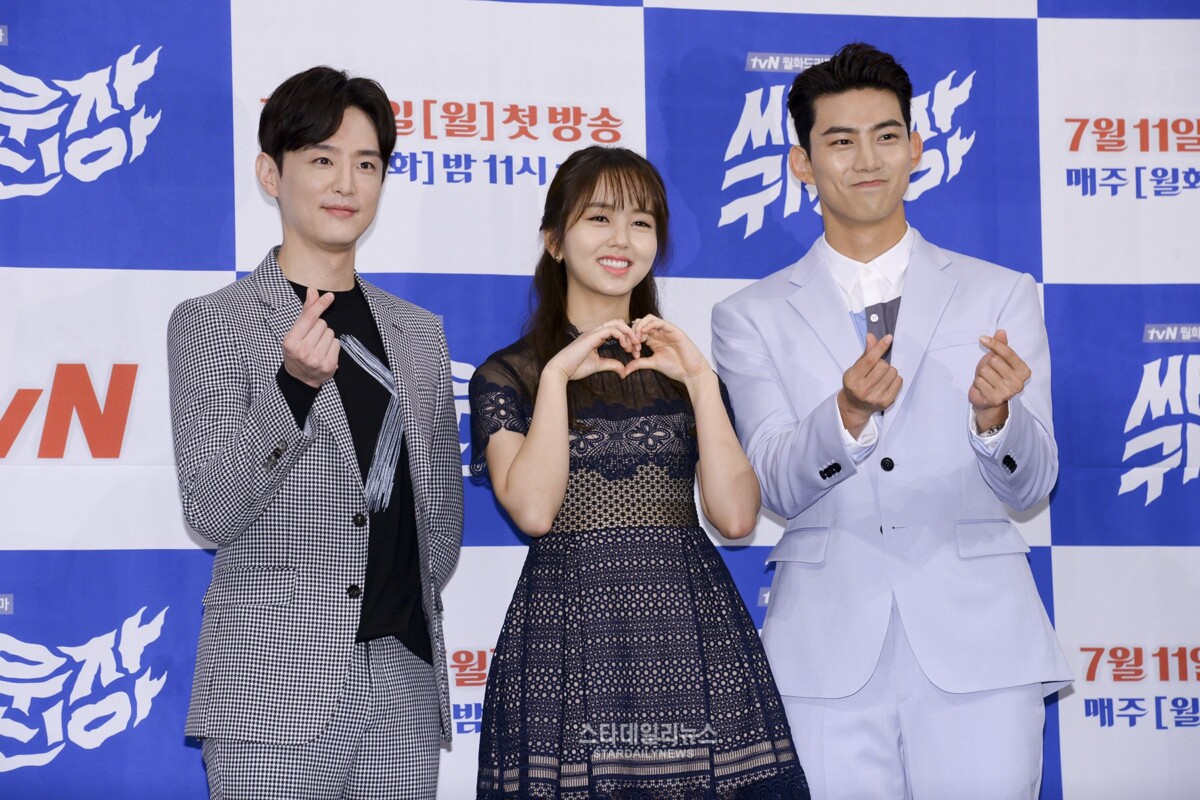 5. THE LEGEND OF THE BLUE SEA

The Love story between Shin Cheong (Jun Ji Hyun), a mermaid and Heo Joon tae (Lee min ho), a con artist. The rebirth of the town head, Kim dam ryeong, is now as Heo Joon Jae, and the mermaid in the Joseon era, Se-Hwa is now born as Shin Cheong. Will their unrequited love bring them together by their fate and rebirth is the drama’s plot. 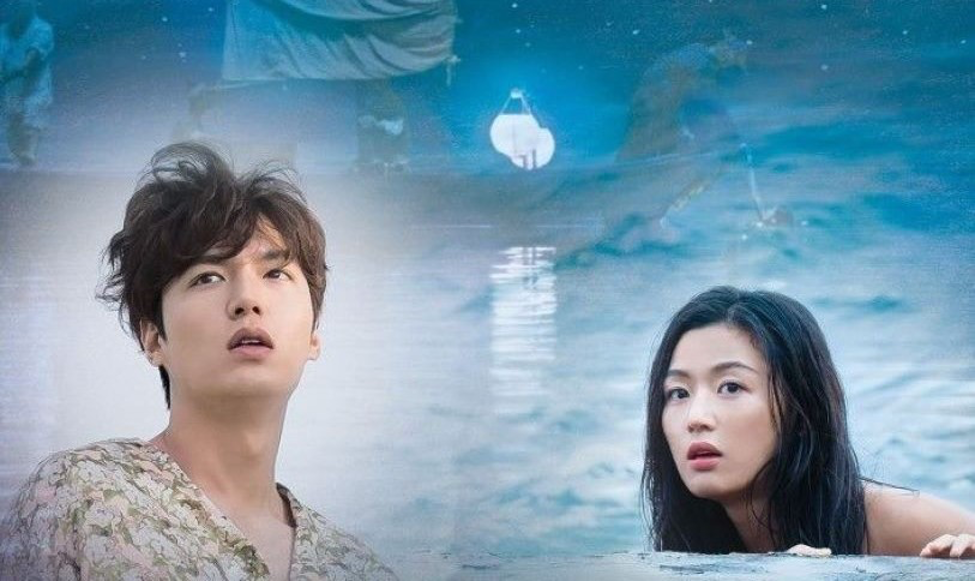 Lee Yeon Seo (Shin Hye sun) is a talented ballerina dancer, but she becomes blind because of a tragic accident that happened on stage. She is bitter and rude to her staff and caretakers. Dan (Kim Myung soo) is an optimistic, carefree angel who always gets into trouble. To go to heaven, he was assigned to do some work; his work was to find true love for Yeon-seo, but he ended up in love with her. 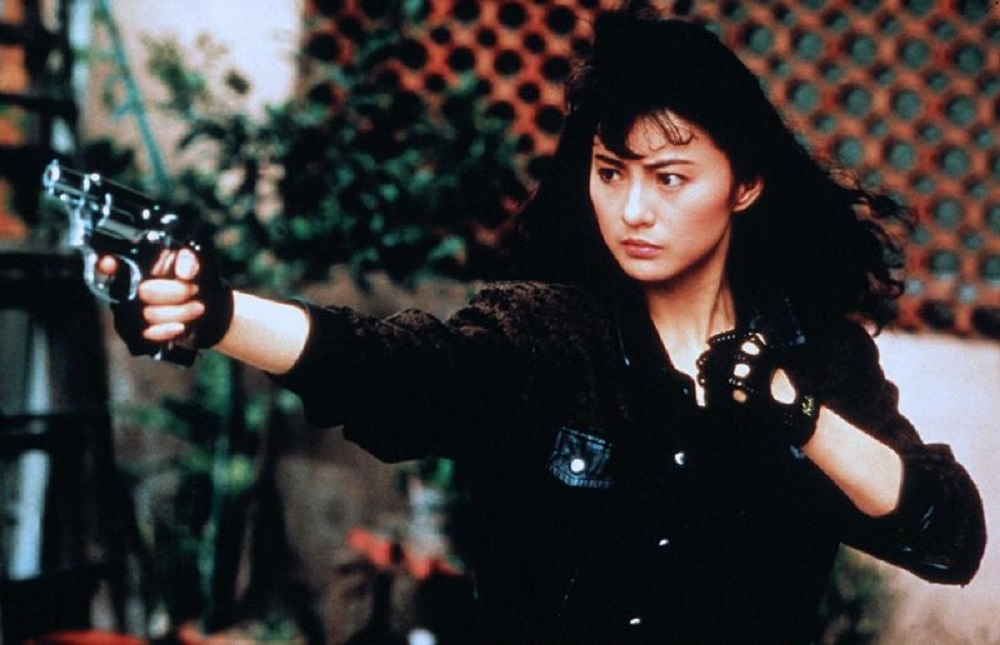 7. WHILE YOU ARE SLEEPING: 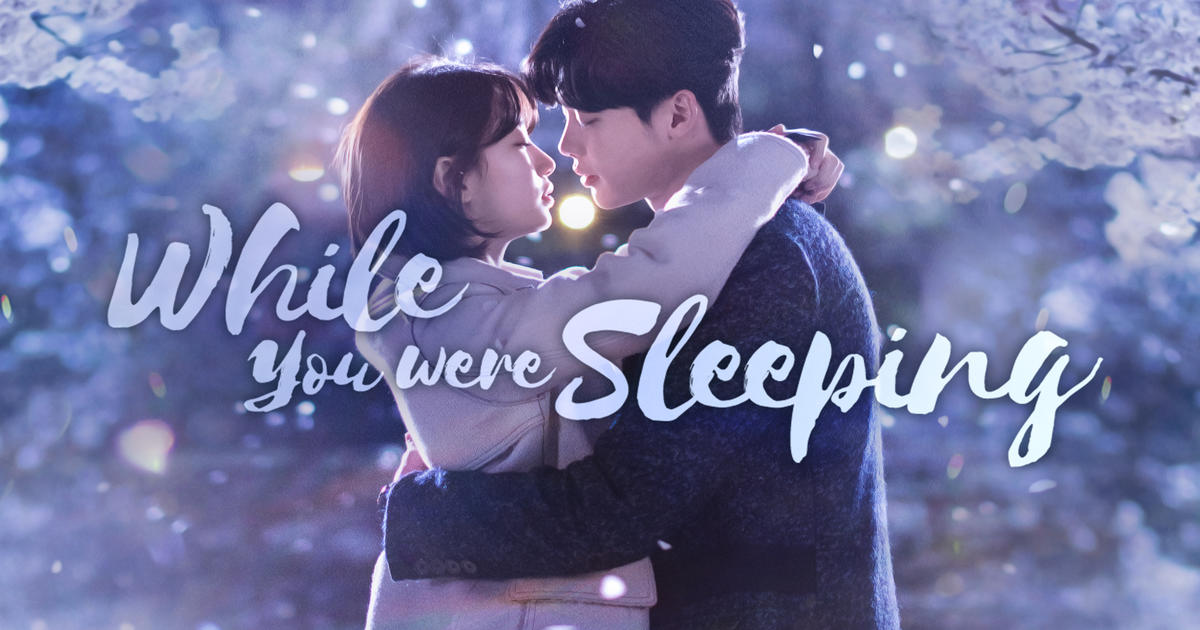 Another name of this drama is “Guest house of the moon.” It is not like an ordinary hotel. It is a mystical place. In the day time, the hotel seems to be usual, and human beings who have ended up with some afterlife problems will come to this hotel, and some humans under particular circumstances may have a chance to go to this hotel. Its staff and clients are all ghosts. They all come here to pass their afterlife. Jang man wol (Lee Ji Eun) is the hotel’s owner. GU Chan Sung (Yeo Jin-goo) becomes the manager of the hotel Del Luna. The mysteries and secrets behind the hotel are revealed by him only. 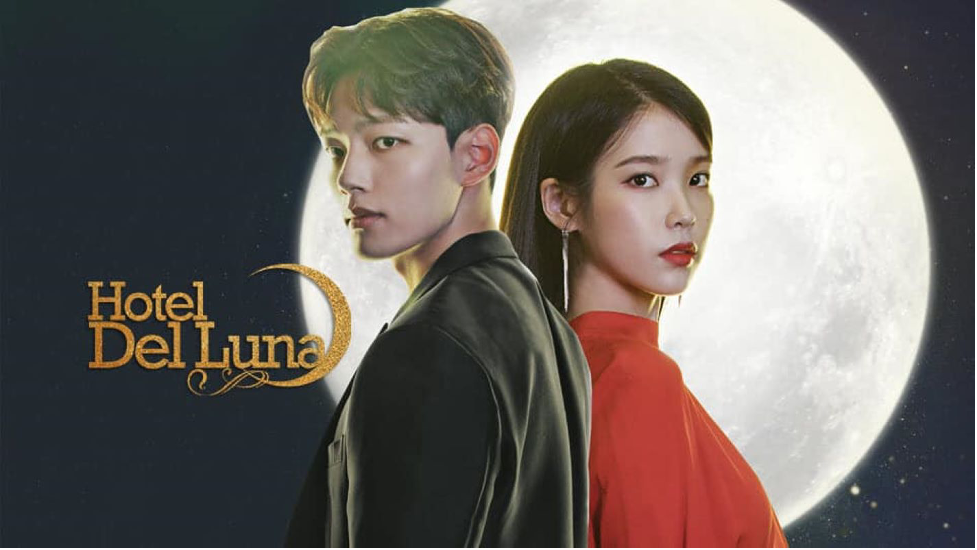 9. THE BRIDE OF WATER GOD

This drama is also known as ‘Bride of Habaek.’ The god of water, Lord Habaek (Nam soo hyuk), visits earth to find out the secret stones. It helps him to get back his throne. It is possible with the help of his servant or descendant of his family. He meets his daughter, psychiatrist shin se Kyung (so-ah). She doesn’t believe him at first, but after seeing the lord of the sky, and the goddess of water, she decides to help him.

Do bong soon (Park Bo-young), a girl born with superhuman strength. It is hereditary and passed only to their family women. Because of her superhuman strength, she started to work as a bodyguard for Ahn-min-hyuk (Park Hyung Shik), the CEO of a gaming company. Her friend, In gook doo (Ji-Soo), working as a police officer, was a friend from her childhood. She founds that her cousin got kidnapped, and it’s frequently happening in her town. With the help of min hyuk and gook doo, she finds the culprit and saves her cousin with the other girls he had kidnapped before. 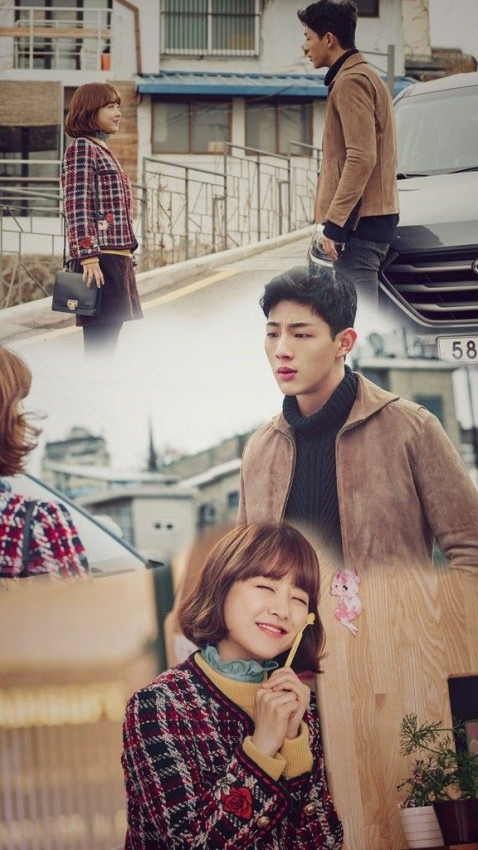 10. STRONG GIRL DOES BONG-SOON Angel's Last Mission: Love Bring It On Ghost GOBLIN- GUARDIAN: THE LONELY AND GREATLY GOD Hotel Del Luna Moon Lovers: Scarlet Heart Ryeo My Love From The Star THE BRIDE OF WATER GOD The Legend Of The Blue Sea WHILE YOU ARE SLEEPING: