Article: Top 10 Anime Which Are Very Emotional To Watch 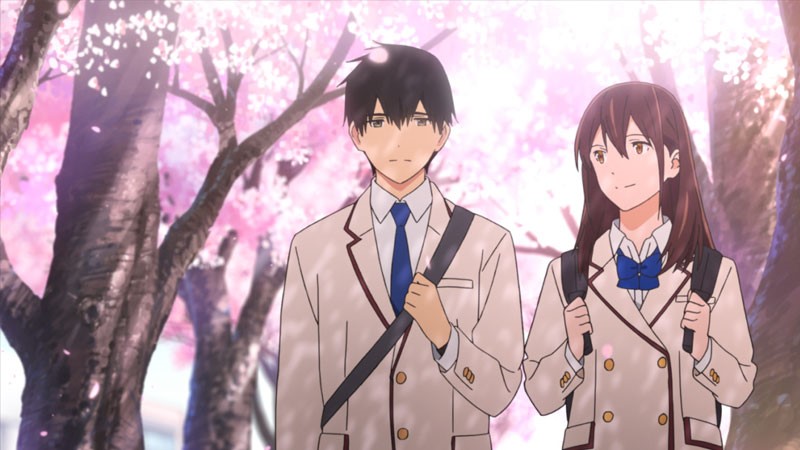 The beauty and complexity of anime get told in a heartfelt, emotional, or even heartbreaking way. Despite the simple premise that these shows have, the stories are woven in such a sincere manner that it leaves quite an impact on their viewers. Here is the list of the Top 10 Anime which is very emotional to watch

In the film Angel Beats, a group of recently deceased teenagers who, quite plainly, refuse to progress to the next stage of the afterlife gets transported to a high school, where the pupils have organized a rebellion against an angel with superhuman abilities. With just 13 episodes in its first season, the anime jumps straight into the action and doesn’t waste any time taking the audience on an emotional roller coaster. Highly lauded for its visual style, soundtrack, and jaw-dropping storyline twist, this anime will have you in tears by the time it’s over. 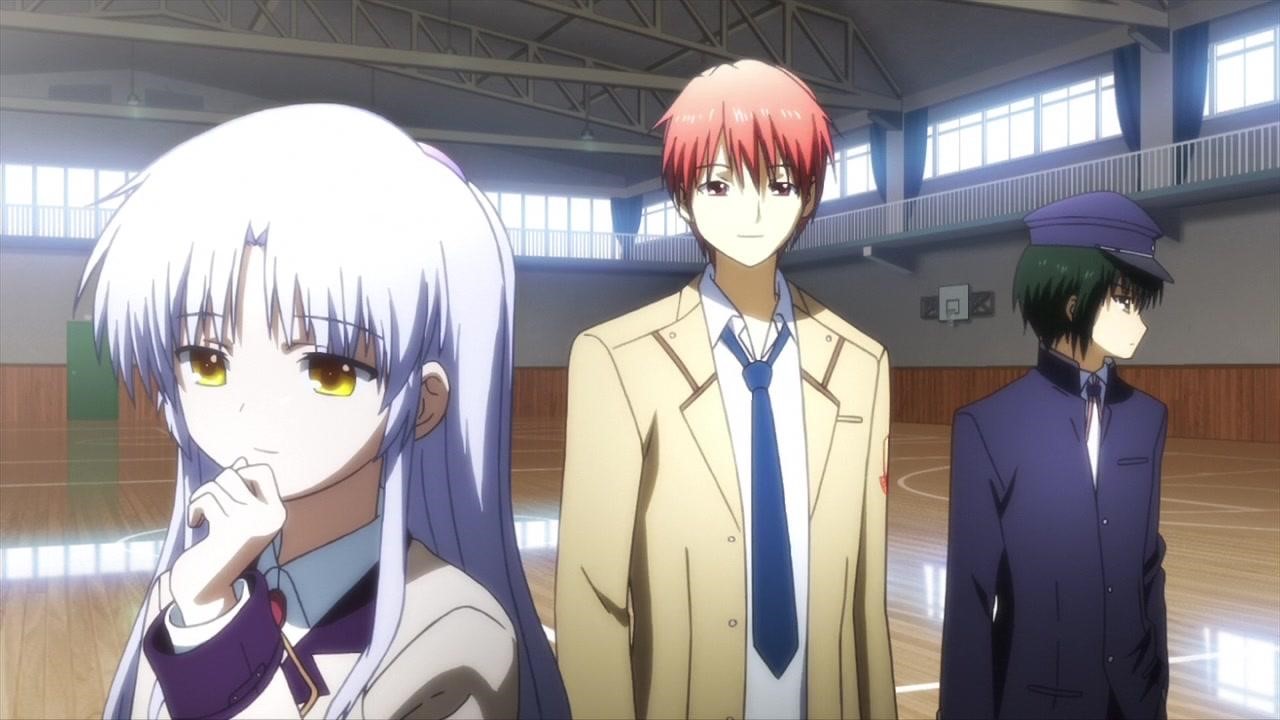 Most people strive for a future that is joyful and free of regrets, but what would you do if your future self wrote you a letter one day to inform you that things aren’t going as well as you had hoped? That’s what occurs. The main character of Orange, Tanaho Takamiya, sets out to ensure that she avoids making actions that can result in her greatest regret after receiving a letter from her future self. Many viewers of this suspenseful, depressing, and emotional anime find themselves reconsidering and occasionally changing their attitude on life. 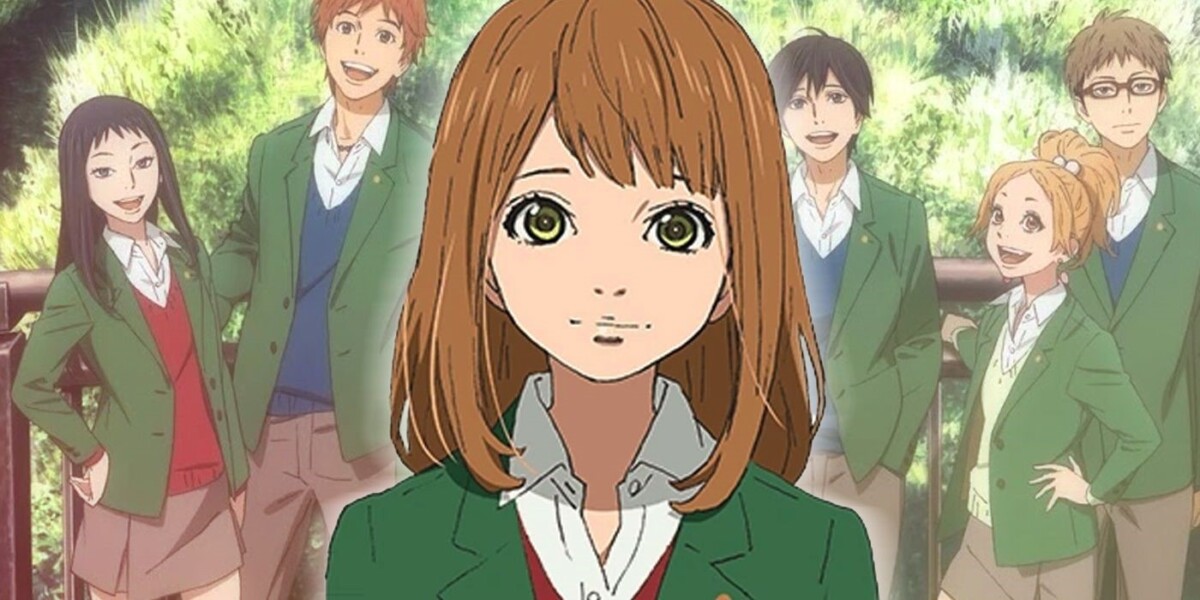 3. Makia When The Promised Flower Blooms

This anime explores the limits of a mother’s love. It centers on a young woman named Makia, a member of a unique race that ages very slowly. One day, she discovers a human infant in peril and decides to raise it as her own, even though she never did grow old alongside him. 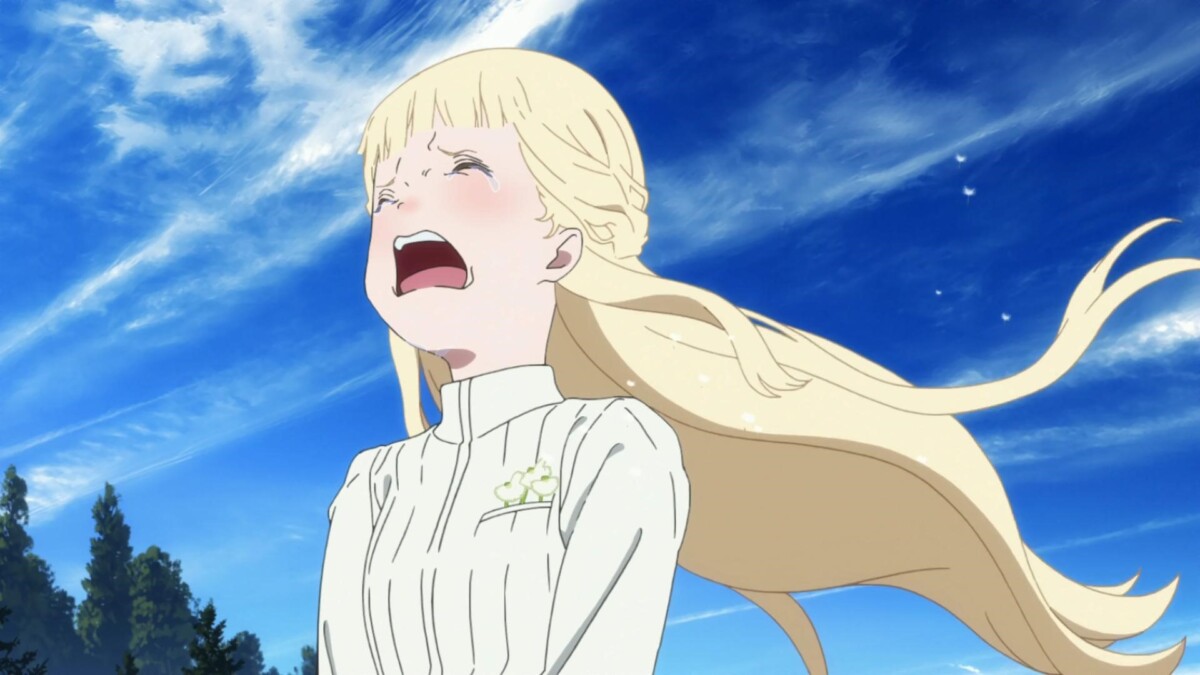 The story follows the boys Mafuyusato, Uenoyama & Nakayama Haruki, and Kaji Akihiko as they deal with the highs and lows of being in an amateur band. The show gets divided into two story arcs. The band is preparing for its first live music festival in the second arc, which centers on Haruki and Akihiko. 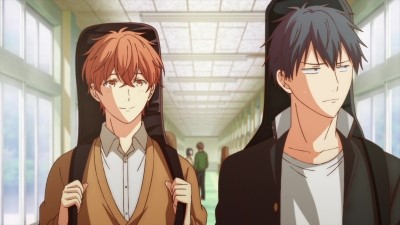 5. Grave Of The Fireflies

This film is a tragedy as it follows brother and sister Duo Sata and Setsuko as they cope with the aftermath of a war-torn Japan and the eventual destruction of their home. It is hard to navigate the carnage left by the conflict, but Yerseta does his best to give his little sister a life worth living despite their circumstances. He makes it his goal to allow little Setsuko to experience the wonders that life has to offer. Although this anime is painful from beginning to end, it doesn’t hold back on demonstrating to its audience that there may still be small moments of joy in the face of hardship. 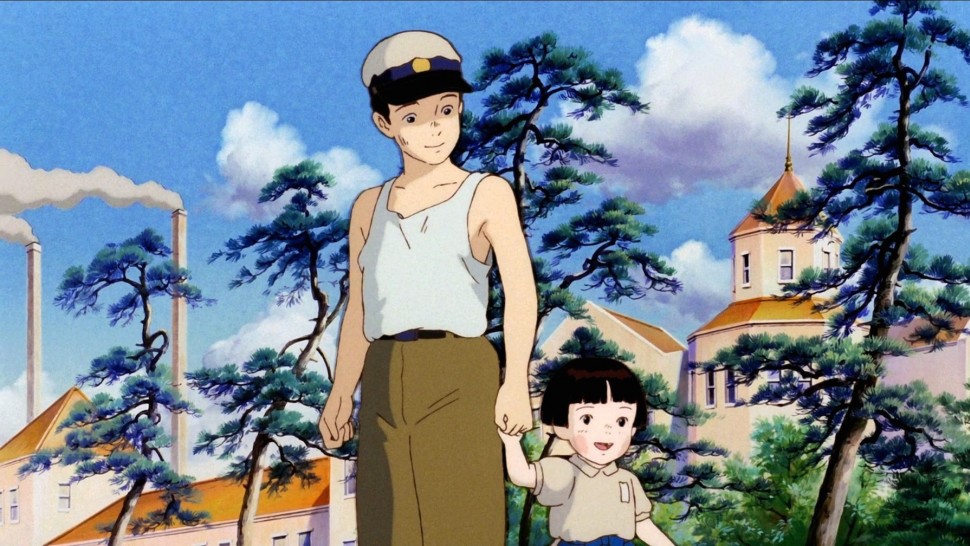 6. I Want To Eat Your Pancreas

I want to eat your pancreas is one of the saddest animes to date because it doesn’t focus on various gimmicks and fillers in it. The lives of two teenagers as they start to form a very gentle type of romance is a bit difficult to believe that the story of a high school boy as his life gets turned upside down in a good way by the lovely and well-known sakura yamuch. It gets assured that seeing this anime will leave you with emotions to work through.

7. Your Lie In April

Flawless and dexterous young prodigy Early in April succeeds in tricking its audience into thinking that the show is just another light-hearted teenage rom-com. Kosei Arima meets a predictable & boring life until he meets a centric beautiful & talented violinist Kaori Miyazono. She is the one person who will bring color to his black-and-white days. 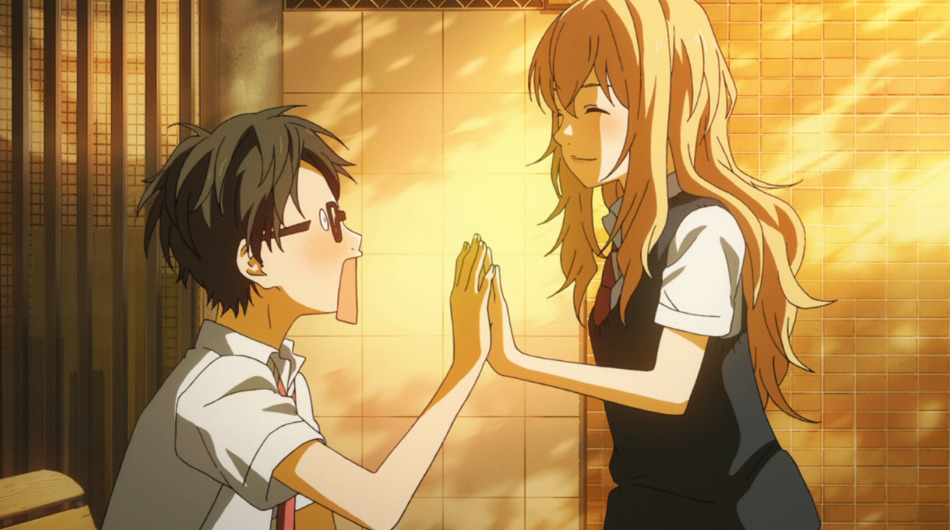 8. Into The Forest Of Firefly’s Light

A girl named Hotaru meets a young man named Jin, wearing a mask in a world where spirits and humans coexist. As Hotaru and Jin spend more time together, their unlikely friendship develops into something more. The enemy movie is only 45 minutes long, but it packs a powerful emotional punch in every scene. The plot alternates between the various kinds of love that Hotaru and Jin experience and shows that to viewers honestly and openly. By the end of this story of bursting love, you’ll be holding your chest tight. 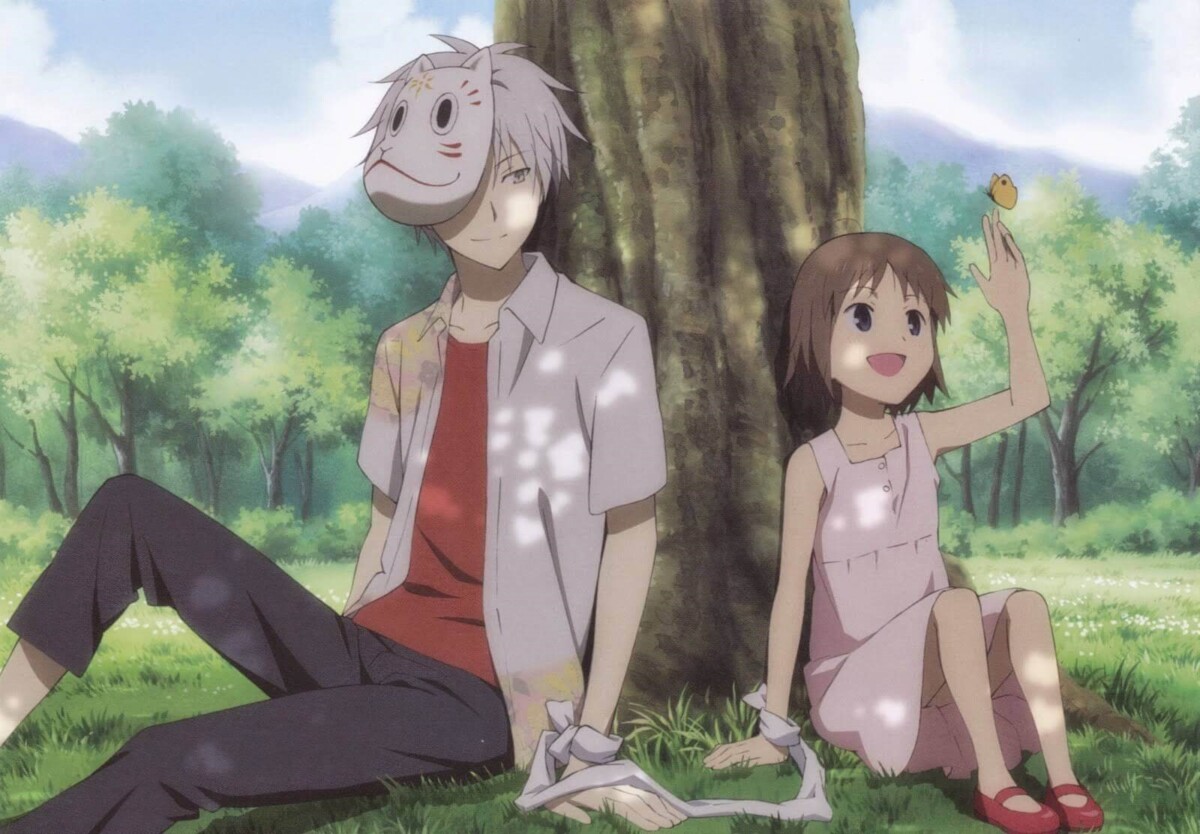 In the story of Ash and Eiji, the two travel together throughout the entire series; even though they never interact romantically, Ash and Eiji got meant to meet & meant to be in each other’s lives. 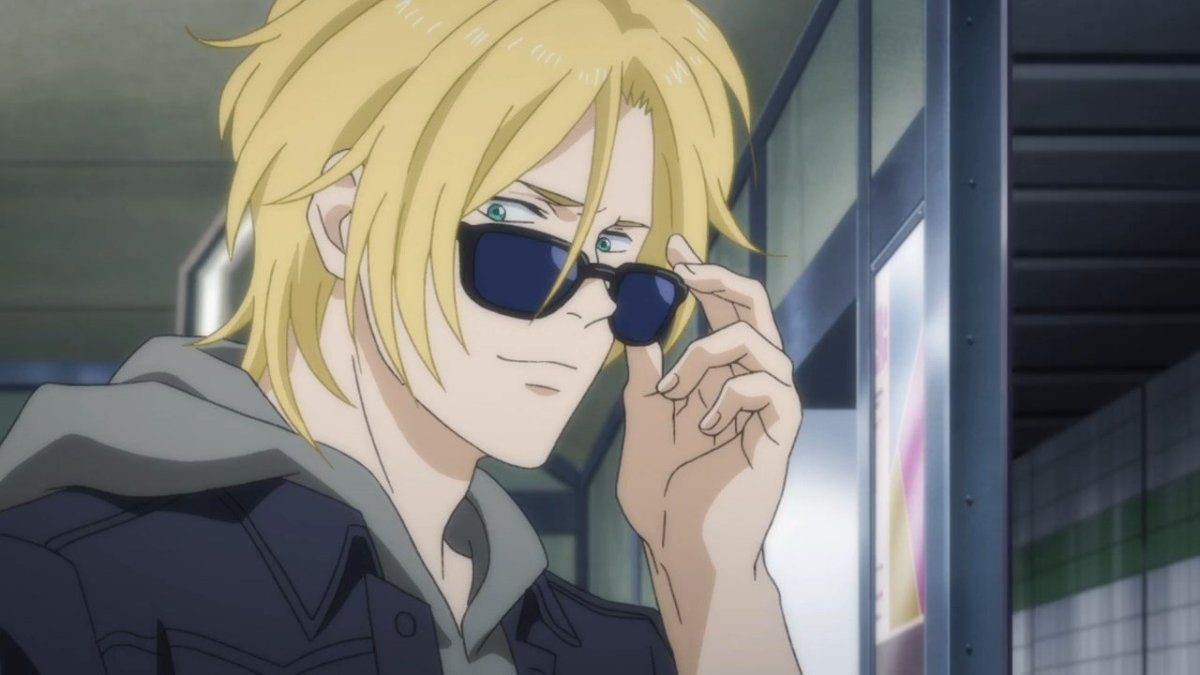 10. Anohana The Flower We Saw That Day

The plot of this villain follows reclusive Jintaya Domi as he grants his deceased childhood buddy Menma’s forgotten wish. After gathering with his old buddies, the group agreed effectively resurrect Menma. This anime doesn’t startle its viewers because the plot twist gets revealed very early, but rather because it allows its characters to remain in their sadness for the entire program, which gives it its magnetic hold. 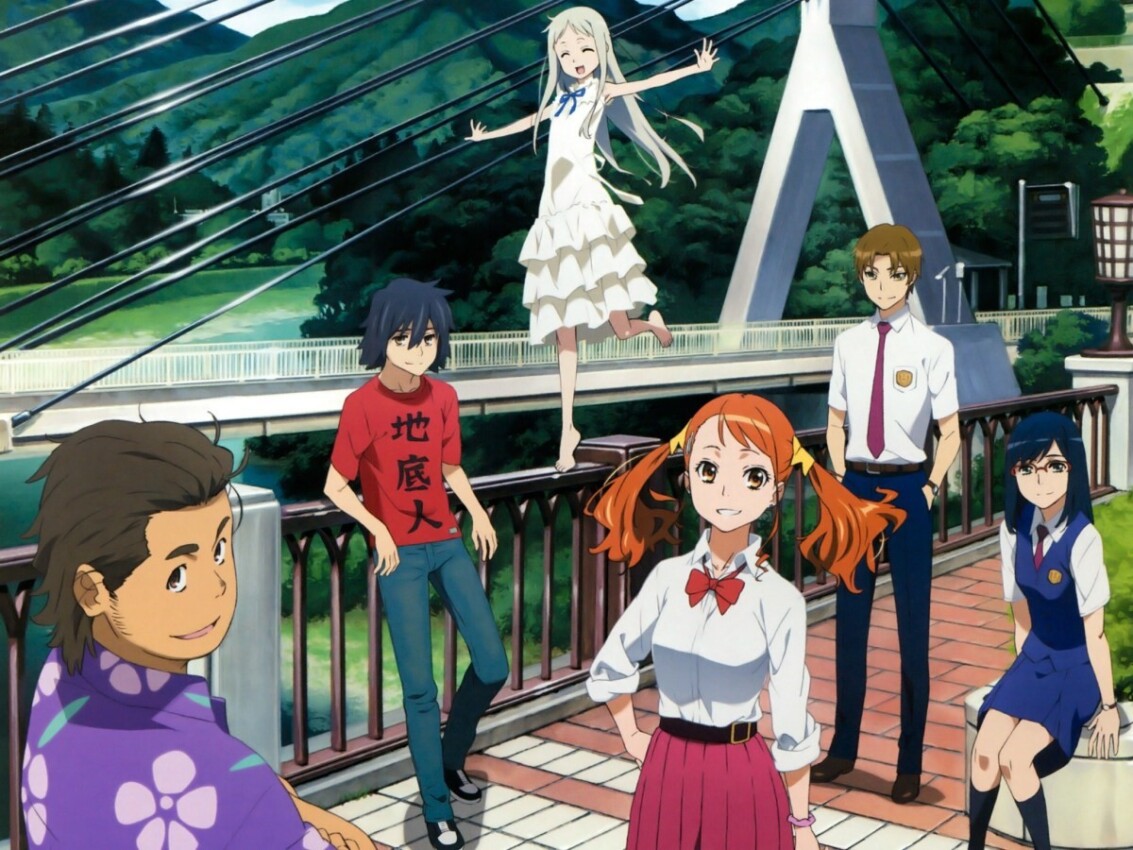