Article: Top 10 Chinese Dramas Based On E-Sports To Watch For A Relaxing Break 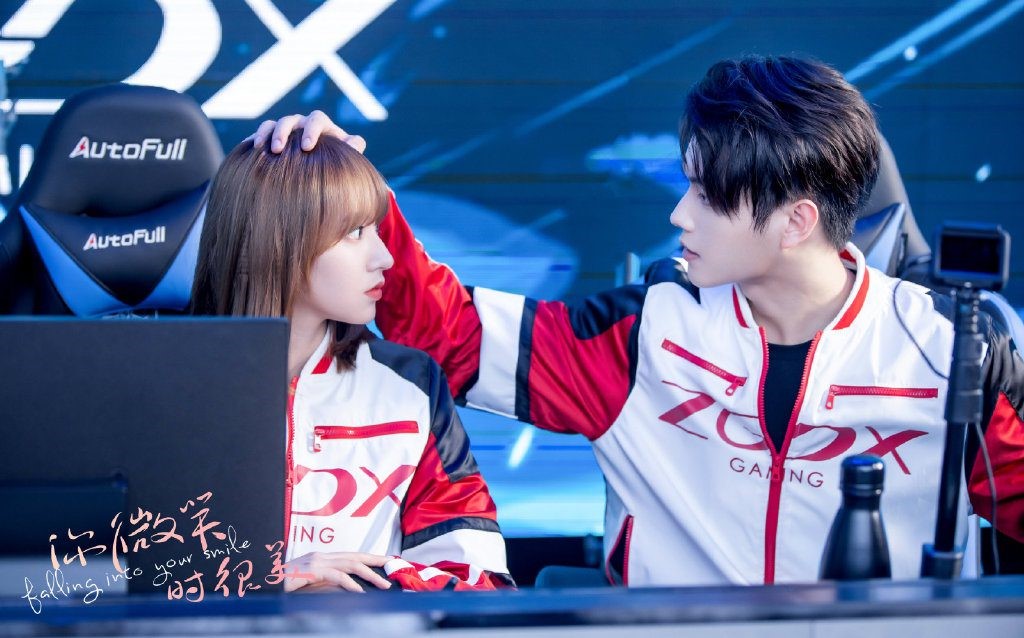 If you’re a gamer who wants to do something other than play video games, consider watching these esports-themed Chinese dramas instead. They have engaging storylines and may be relevant to your daily life as a gamer. In China, esports/gaming-themed operas are very popular. These esports dramas that center on the lives of esports athletes or gamers are always successful in acquiring popularity among esports fans. Here is the list of the Top 10 Chinese Dramas Based on E-Sports to Watch for a Relaxing Break

Ye Xiu is well-known as Ye Qiu, a top-tier level expert in the multiplayer online game Glory. As a consequence of the incidents, he got removed from his professional team.  He gets back into the game when Glory launches their tenth server.  He begins his journey with ten years of gaming skills, old memories, and an incomplete handmade weapon. 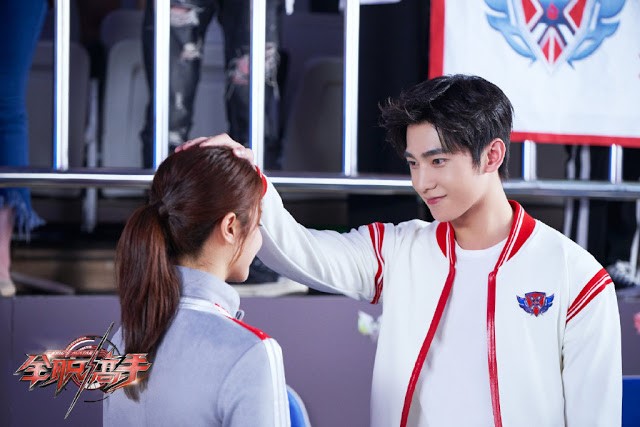 A gaming expert named Xiao Nai first meets Bei Wei Wei, a lovely computer science student, and instantly falls in love with her. But it’s not Wei Wei’s beauty that draws his attention; instead, it’s the unbelievable mastery with which she is running her guild and destroying everyone in an online multiplayer game. Now, Xiao Nai must use his abilities both offline and online to win over the cute but shy Wei Wei. 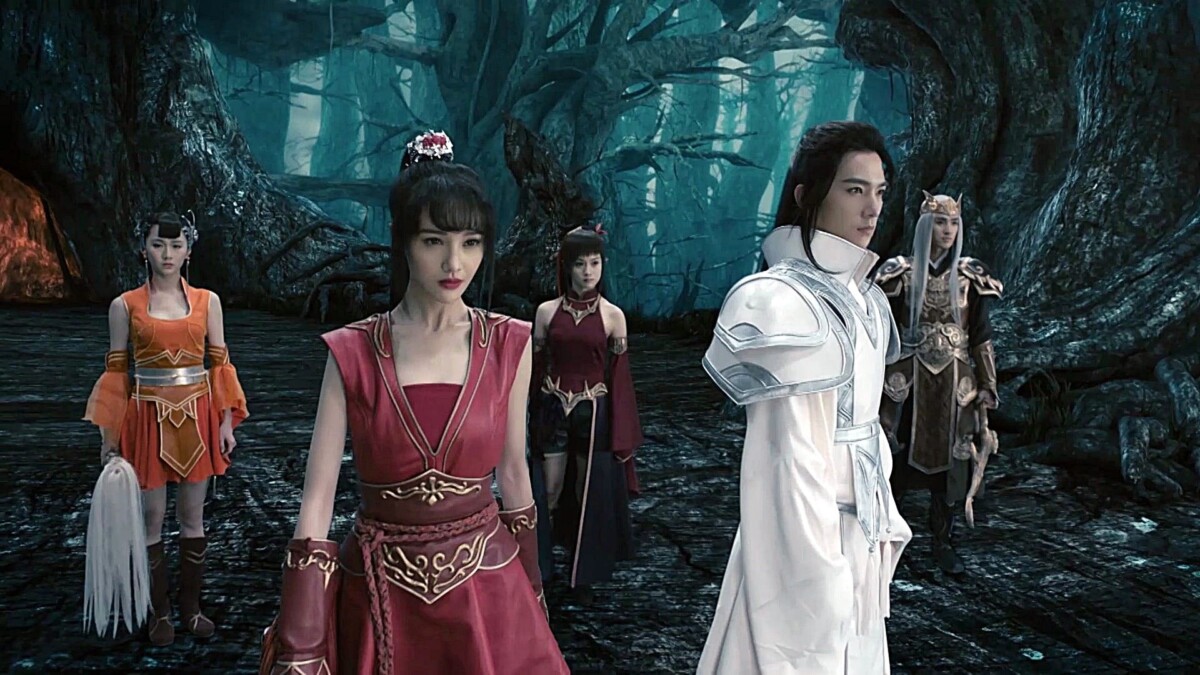 A sweet relationship between a cute singer Tong Nian begins to have feelings for Han Shangyan. He is a computer engineering genius and a legendary figure in the competitive world of gaming. He is cold, difficult to approach, and certainly not the type of guy to be attracted to women. But Tong Nian’s unique personality and continuous efforts to get close to him begin to win him over. 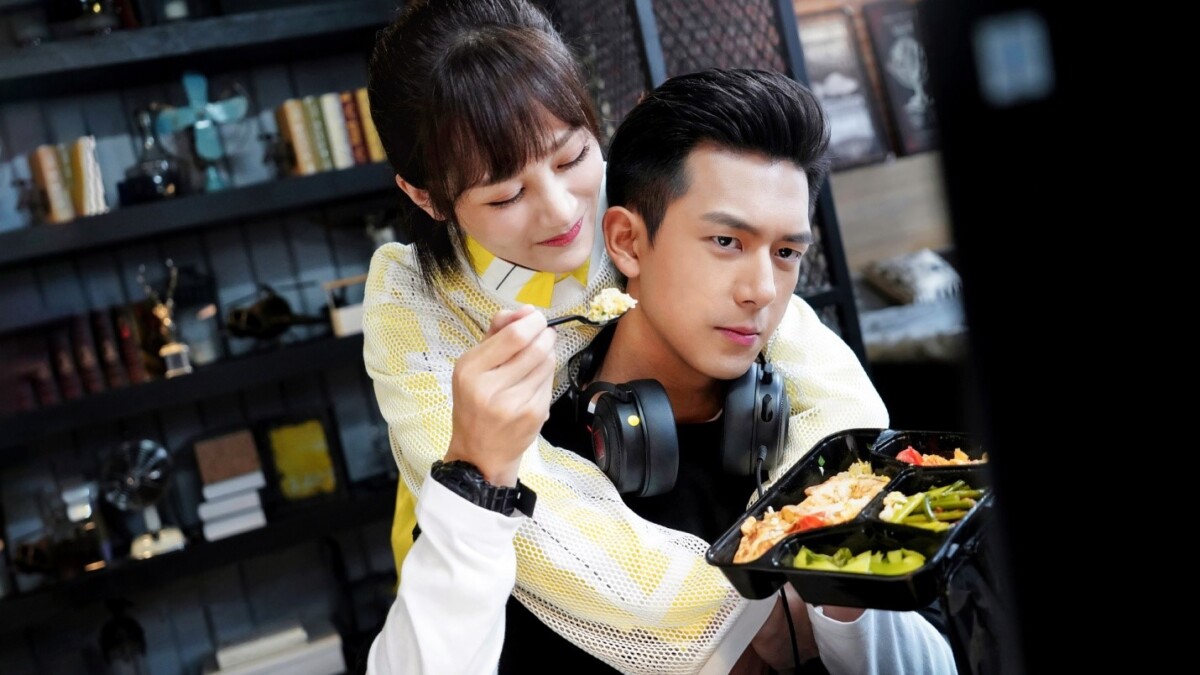 Wu Bai has emerged as the national robot wars competition’s youngest star player. Ai Qing, who first introduced him to his passion, joins him on stage as he enters the competition’s final round with a team. Being competitors, Wu Bai’s passion and exceptional skills grab Ai Qing’s attention. Ai Qing’s dedication to her work, determination in pursuing her dreams, and skillful strategy won Wu Bai’s respect. 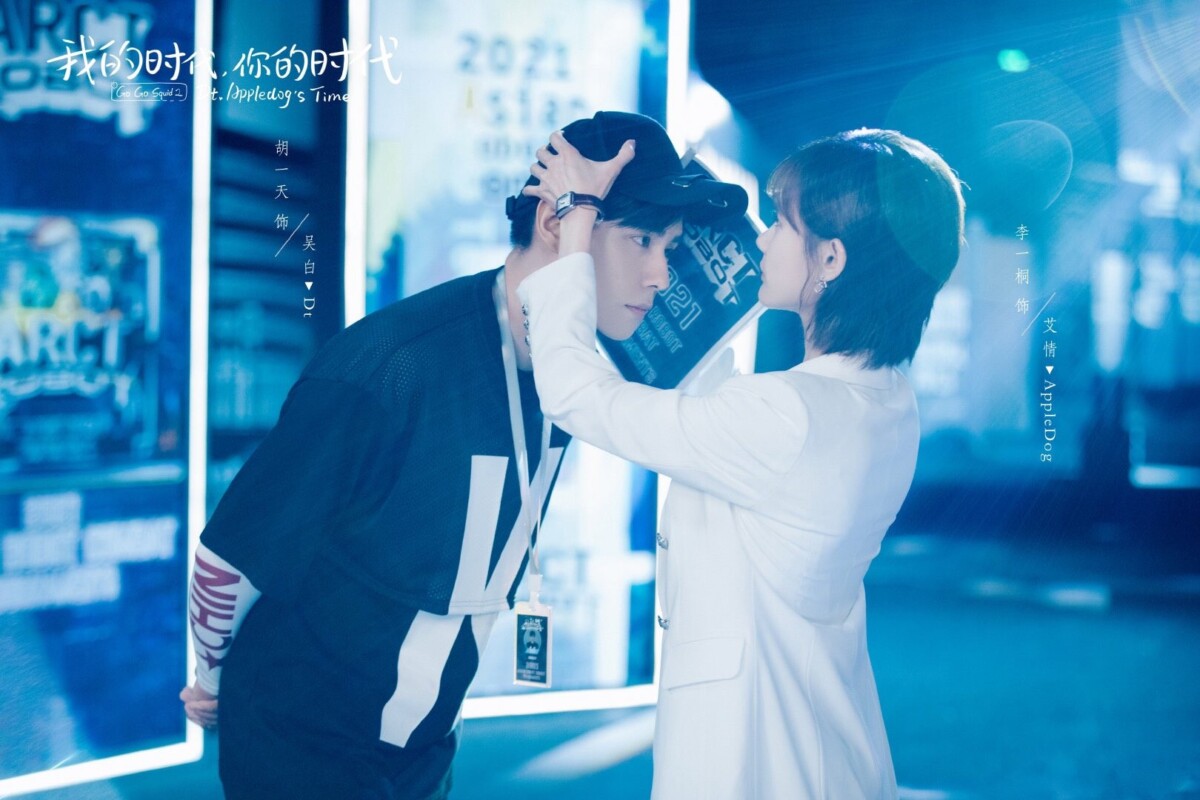 5. Falling Into Your Smile

ZGDX captain Lu Si Cheng does not rush in choosing replacements when one of the team’s key players experiences a hand injury. Tong Yao, on the other hand, is an ambitious professional gamer obsessed with OPL. When the ZGDX team manager learns of her abilities, he gets in touch with her, hoping that signing her as the first female player in the industry will help them with the victory. At first, she gets rejected by Lu Si Cheng, but he later decides to accept her as a replacement, which disturbs the team’s fan base.

An e-sports gamer and a Tsundere live streamer are the subjects of this love story. Ji Xiang Kong has attractive looks and a massive following of female fans. Indifferent to the fact that his name in the e-sports community is strangely damaged, Qiu Ying meets him during an international competition and seizes the opportunity to increase her popularity. The affiliation made things worse for her rather than better. As Qiu Ying finds her calling, the event into an unexpected blessing. 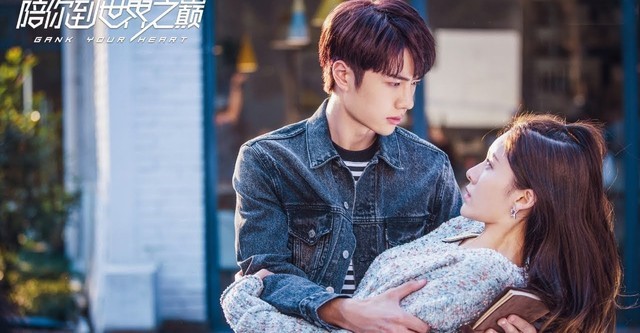 Computer science major Lu Yu Chen attends Yan Qing University. He is intelligent, compassionate, and skilled at using analytics to find solutions to a wide range of issues. Xia Xiao Ci is a college student and a passionate player who has a cheerful personality. Even though they initially began at odds with one another after the meeting, Lu Yu Chen eventually feels warmth in Xiao Ci’s charming smile and works hard to pursue their dreams. 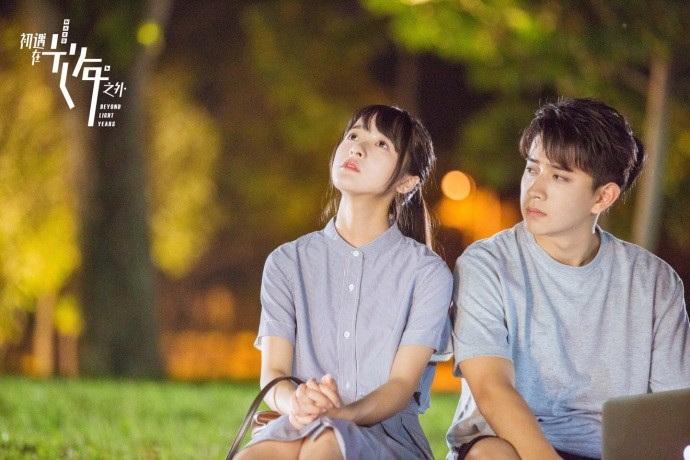 The story revolves around Qiao Jing Jing, a shining star, and Yu Tu, an aerospace engineer. She meets Yu Tu, an old crush, and decides to learn the game from him to save her endorsement contract. As their relationship deepens, the two push forth to enhance each other. Unfortunately, one begins to fall apart when a video of her playing an online game gets leaked. This video is opposite to the image she has created for herself as the game’s ambassador. She then enters a gaming competition to showcase her skills and secure her endorsements. 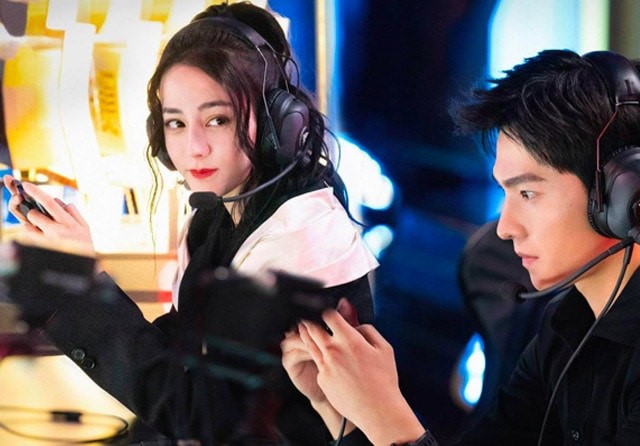 Liang Chen is a singing star dedicated to providing listeners with high-quality songs.  Lu Jing enjoys doing a study with big data and computers. He is well-known in academics for his research on complex human behavior and psychology. They are initially strangers, but Liang Chen and Lu Jing help her to play games, and they become closer on the journey. 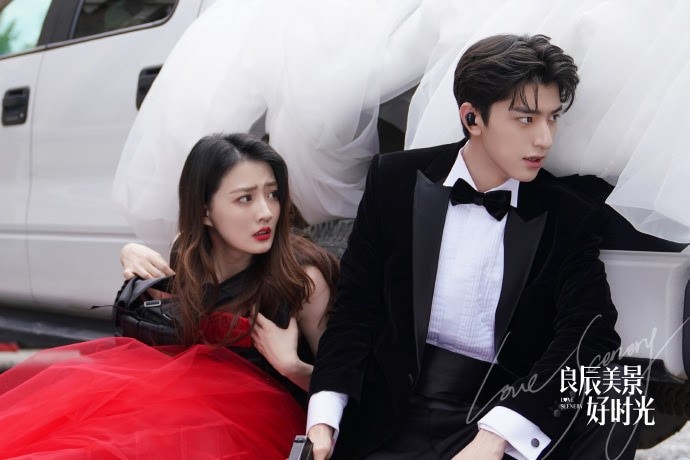 Xiao Feng is a disheartened e-sports team captain who is having trouble holding his group of players together.  Despite being mocked and insulted, Xiao Feng’s crew insisted on achieving their objectives. Lu Xiao Bei is an expert player and a genius in the same game. He is a young disabled man in a wheelchair. He vowed to carry on his brother’s legacy by becoming a successful e-sports player, but he missed the opportunity to sign with a reputable team. 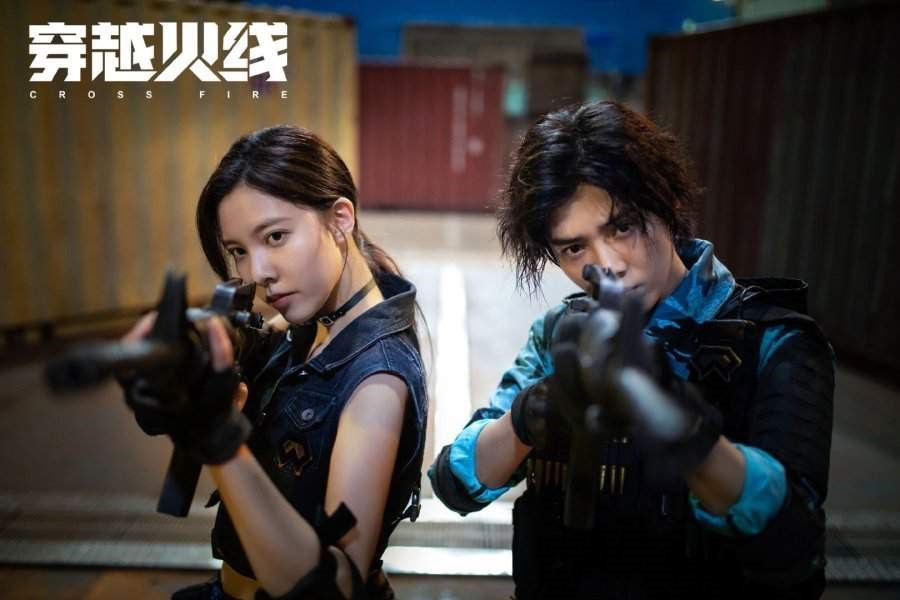