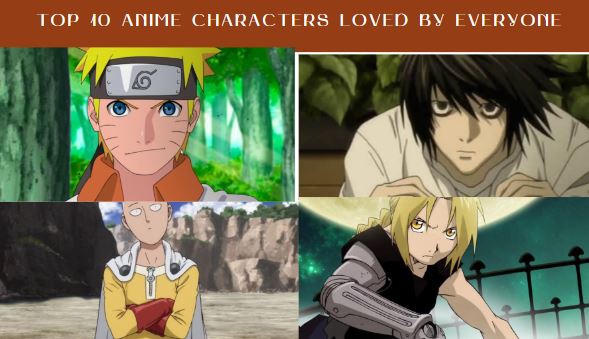 While some characters are great at snatching the show’s attention, others precisely personify its best elements. Even this jaded genre can’t help but give the spectators the dearest anime characters everyone adores. Anime survives by giving viewers complicated, challenging personalities. Since the public’s perception of the anime industry is continuously shifting, anime characters inadvertently compete for the spectator&#39;s attention. Each of these well-known anime characters, who alternate between being villains and heroes, has a complex personality that is not limited to one or two traits. Even their shortcomings have the potential to add to their appeal. Here are the top 10 anime characters loved by everyone.

There is no doubt that Levi Ackerman is among the greatest shonen heroes of all time. The individual experiences the loss of his friends, life-altering injuries, and trauma related to Titan. Levi still battles the Titans despite having gone through unspeakable anguish, but not for himself; instead, it is for the young troops under his care. Levi has gained a loyal following thanks to his dry sense of humor, clean-freak integrity, and badass attitude. Levi’s fighting prowess is nothing to laugh at, and he’s also an outstanding leader. Levi’s battles with Titans and hostile soldiers feature prominently in several crucial scenes from Attack On Titan. 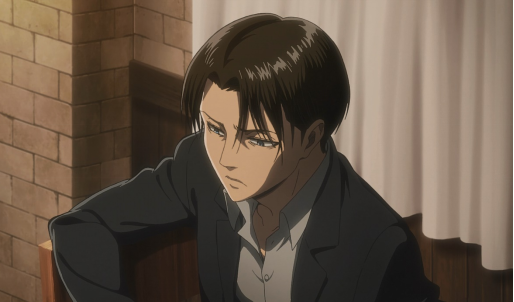 There is one main character in Death Note, and that is Light Yagami. With his notebook and pen, Light established himself as the God of the New World and saw himself as the supreme magistrate of justice. Light initially targeted criminals, but as his lunacy progressed, he began to target anyone who stood in his way. Light assumed Kira’s identity and turned into a ruthless killer in the cause of rescuing the world. Light Yagami sought to build a world that precisely reflected his values. Though Light isn’t supposed to be likable, his character analysis and writing make him unmistakable. 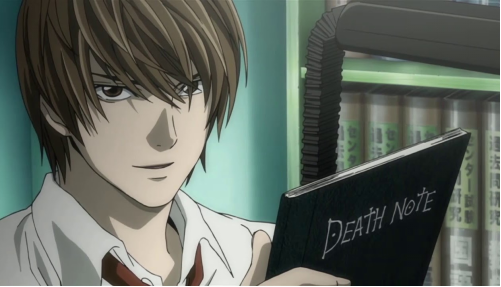 The main character in Code Geass is Lelouch Lamperouge. He is one of the most complicated characters in the genre, and his tale is as captivating. Prince Lelouch was next in line to the throne. The assassination of Lelouch&#39;s mother and his sister’s injury resulted in the renunciation of his position. After learning about C.C., he vowed revenge on his family and gained the power of the Geass. Lelouch rose to become the Order of the Black Knights leader before ultimately going insane from power. In his quest for vengeance, he betrayed his companions and murdered hundreds of innocent people. Lelouch eventually lost track of his original objective. 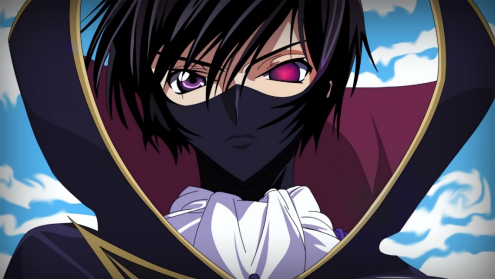 The main three of Shonen Jump, led by Luffy, are well-known. He is the adored main character of One Piece and the leader of the Straw Hat Pirates. Luffy started in poverty and eventually wanted to rule as the Pirate King. Luffy has an endearing charm that makes him simple to recall. His supporters have been moved to tears of joy and astonishment when he accomplishes these remarkable achievements. It is difficult to dislike Luffy, and it is even harder to minimize any of the accomplishments he has made during the series. 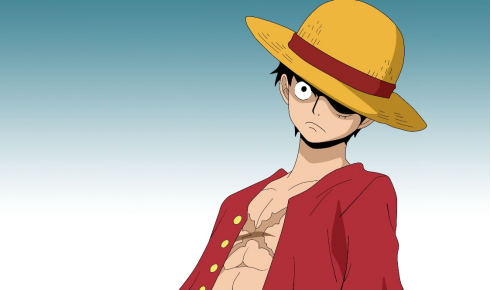 Among the first big-three shonen heroes, Naruto Uzumaki is one of them. Uzumaki began at the bottom and has now ascended to the position of Hokage. At first, Naruto was an outsider who seemed to be lax in his studies. However, Naruto put a lot of effort into becoming the man he is today. From studying with the bawdy sage Jiraiya to squaring off against his childhood foe Sasuke, Naruto has experienced it all. One of the most well-known anime characters of all time, the number one Knucklehead Ninja earned the souls of fans everywhere. 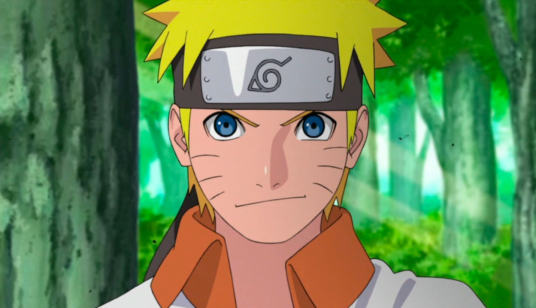 Among all time’s most well-known anime characters is L Lawliet. He stands out from the other Death Note cast members because of his many endearing traits. Although L is wise, he does have a few peculiar habits, like a sweet tooth and a notoriously hunched- over posture. There is little doubt that L is one of the most well-known anime characters since he surrounds by intrigue. In addition to being enthralling enough, Death Note becomes a classic with the addition of L to the cast. L could see right through Light&#39;s mask due to his lack of social skills and enigmatic vibe. L showed that he was a superb investigator with his logical reasoning. 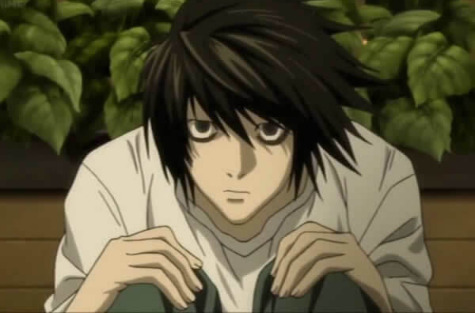 One of the greatest shonen films ever is broadly acknowledged as Fullmetal Alchemist. Due to his sassy, passionate demeanor toward everything, Edward Elric, the show’s charismatic leader, became enduringly unforgettable. Despite everything life tossed at him, he is a true underdog who never showed up. Edward suffered an arm loss, and his brother’s spirit became imprisoned in a mecha suit because of an unsuccessful experiment. The audience then enjoyed a breathtaking tour led by Edward. The action-packed anime experience that fans had been longing for came from Edward. 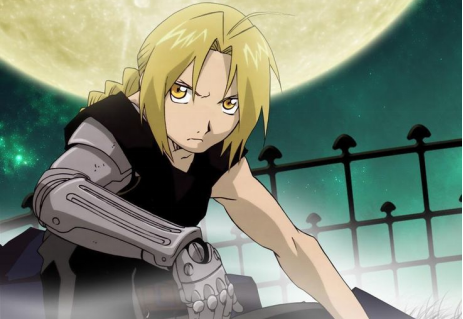 The popular One-Punch Man lead character is Saitama. In the history of the cosmos, he is the most potent creature. He initially only took on the role of a hero for pleasure. It wasn&#39;t until sometime later that Saitama realized that he honestly wanted to be acknowledged and respected as a hero. Saitama is so strong that he doesn’t get intimidated by any foes. But because no one can match his level of bravery, he has lost all sense of what courage is. 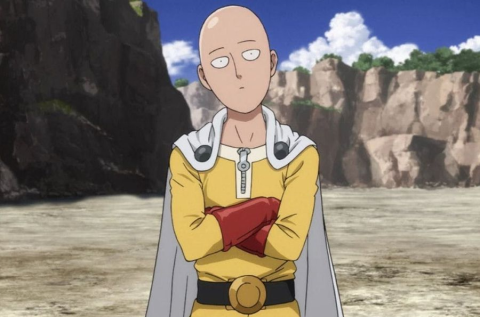 One of the few anime characters who look excellent in every aspect is Gintoki Sakata. He is the reigning king of anime comedy, honestly deserving the title due to his absurd sense of humor and constant, almost endearing laziness. When the situation demands it, his serious side also emerges. A rebellious during the Edo era, Gintoki is often referred to as the White Demon. But when the audience first meets him, he’;s working every odd job he can find to support himself. It&#39;s easy to see how Gintoki combines humility, incompetence, and badass traits. He advances the plot while simultaneously offering a fascinating character study, which makes him a delight to watch on screen. 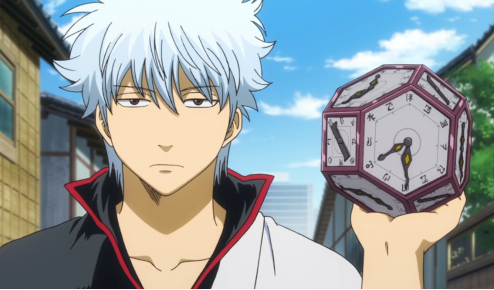 A character called Eren is at the center of Attack on Titan. He began as a relatively typical shonen hero who was impatient, impulsive, and ever-ready for battle. To exact revenge on those he had lost, he had the lofty goal of defending humanity against the Titans. Eren, however, evolved into a dimmer person as he gained more knowledge of the world. It’s reasonable to wonder if Eren&#39;s deeds qualify him as a hero. Fans do like that he deviates from the expectations of his counterparts and is a complicated, well-written protagonist. 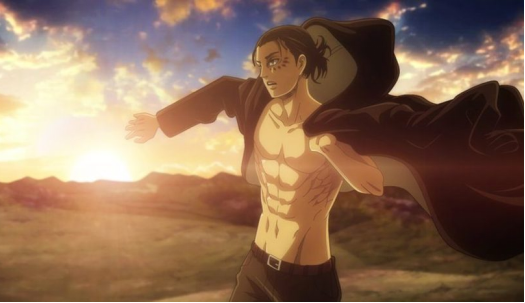