Also Knowns As: The Dawn Of The Witch 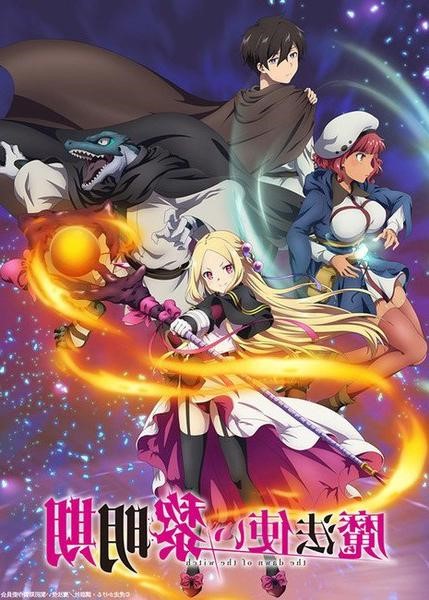 Dawn of the Witch is based on a Japanese light novel and is a sequel to Grimoire of Zero. The plot talks about Sable and his unlimited access to magical powers, but he is a dumb kid in school. He, along with others, goes on a mission to accomplish a task for Albus, the headmaster. If not, Sable will lose all memory of magic and the academy and will have no means to find the silver-haired mage who initially saved him.

Loux, a slightly charismatic character, is the only thing that somewhat saves the anime. Other than that, the art and sounds are okayish.

The season’s first half is characterised by a lack of a narrative, a weak presentation of the universe, and stereotypical or annoying characters. The show’s plot moves at an offensively and oppressively hurried pace, with exposition occurring every five seconds. There is an actual deluge of attempted horrific backstories that have no bearing because the characters are dull or have only been on screen for a short period.

Only a few years ago did the five-century-long conflict between the Church and the Witches finally end in peace. But the embers of that long-running struggle are still smouldering, hidden in the dark corners of the globe. Sable, a struggling student without recollection of his life before enrolling, attends the Royal Academy of Magic of the Kingdom of Wenias. He departed the Kingdom at Headmaster Albus’ orders to embark on a particular training programme in the continent’s southern regions, where anti-magic insurgents are still a formidable force. He is accompanied by a group of influential people in both personality and ability. Roux Cristasse also referred to as the Witch of the Dawn, the brilliant young woman Holtz, and Kudd, the only animal at the school, are also there. Roux is searching for ancient magic’s forbidden knowledge in the “Grimoire of Zero.”

The characters are not what they were expected to be. The anime is dull. However, the sound and art make the show bearable.

The dawn of the Witch is not a great anime.