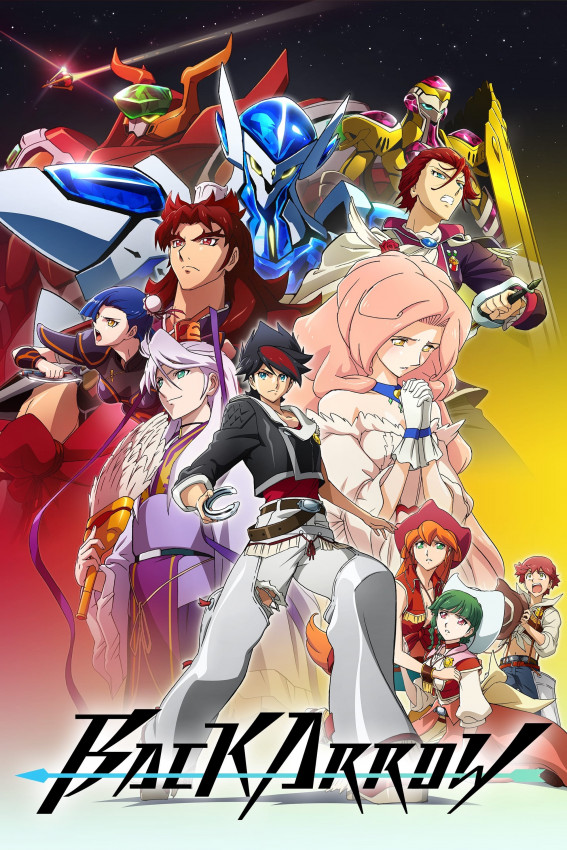 The fantasy world of Lingalind is encompassed by an impenetrable wall that appears to have no end. The wall, revered as the nation’s mother, imparts celestial gift capsules known as “Rakuho” to various spots throughout the island. The capsules, which arrive once a month, include metallic armbands that allow the bearer to turn into a mechanical being known as a “cyborg.” Briheight is an abbreviation for “bristle height.” Consequently, Lingalind is constantly in conflict as its warring nations compete for offerings to increase their military power. A Rakuho crashes-land in the countryside one day, bringing with it an unexpected inhabitant—a mystery black-haired man. All eyes are on this mysterious visitor, who calls himself “Back Arrow” and appears to have come from beyond the wall. This revelation has the potential to shatter Lingalind’s whole ideological foundation.

This series storyline and underlying assumptions are pretty outstanding from the beginning. We are introduced to the fascinating world of Lingalind, a globe with characteristics similar to our own but significantly different.

The first half of the show has a relatively laid-back and inconsistent flow. The first couple of episodes may appear incredibly confusing, but everything eventually builds up over time. After we’ve gotten through all of the character introductions, the second half continues to boost the suspense and rapidly heighten the action in various unpredictable ways.

The humour, simplicity, directness, and lack of sophisticated features make this show look natural. Many shows nowadays appear to put whatever effort and thought they like into trying to construct an attention-grabbing notion to connect with the viewer. Back Arrow doesn’t worry about having a consciousness concept that it’ll never express because it can simply impress the audience instinctively. Still, it does care about bringing attention to them with the same reprocessed ideas that the producers behind the show understand the ordinary people will love and pay for.

Back Arrow (the main character), a mysterious guy from beyond the world barrier that covers and protects the land, seeks to return to the other side. Ren was a powerful female character who had numerous memorable moments. Shuu was a well-executed “smart character” whose strategies never seemed to come out of nowhere and were sophisticated enough to be legitimately brilliant. The antagonists are mixed, with Kai and especially Zetsu being among the show’s craziest characters and Rudolph being extremely standard yet performing well as an arrogant, self-righteous villain.

Back Arrow has a good combination of surprising, humorous, and dramatic moments. I love how I can switch off my brain and yet grasp what’s going on, all while wondering where the plot will go in only one episode. Back Arrow makes me feel like I’m viewing a relic from the past, which is why it stands out. While I loved it, I believe its reach is minimal. If you manage to see at least half of the show, I strongly advise you to continue it since the second half is when the fun begins. Back Arrow will go down in history as one of the most entertaining shows I’ve ever seen, purely because of how excited and entertaining it was.

Haikyuu!!: To The To